Home
Gaming News
Best Buy Back to School sale continues with Ni No Kuni, God of War, Call of Duty 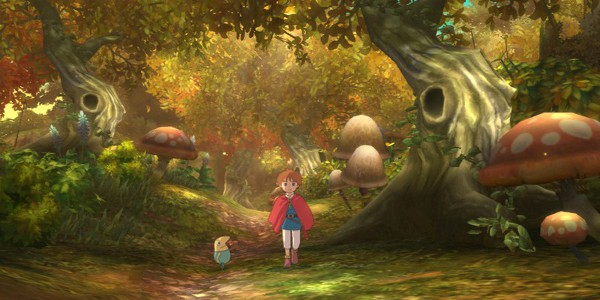 Best Buy is continuing to give me some unwelcome reminders that my summer vacation is almost over, as they’ve extended last week’s Back to School sale with another week full of discounted games.

Highlights from this week’s sale include Level-5’s Ni No Kuni: Wrath of the White Witch, Telltale’s The Walking Dead game, and Sony’s God of War: Ascension, all of which have been discounted to a paltry $20 each. While it’s not the deepest game (or the best written, despite its Studio Ghibli collaboration,) Ni No Kuni’s simple, fun mechanics and colorful art direction definitely make it worth picking up at that price. Telltale’s The Walking Dead (a.k.a. the good Walking Dead game,) is a must-play, though it’s worth noting that the game has routinely been on sale for much cheaper during various Steam/PSN/XBLA sales. Finally, God of War: Ascension isn’t the best game in the series — the game’s single player story mode is definitely the worst of the console GoW’s — but its online competitive modes are a lot of fun, so it might be worth picking up if you’re looking for a new multiplayer experience.

Other deals include the flashy-but-shallow Project X Zone for $30, the recently released Company of Heroes 2 for $50, and Call of Duty: Black Ops and Modern Warfare 3 for $20 each. Skylanders Giants starter packs have also been marked down to $40.

Best Buy’s deals expire this Saturday. Some of the more popular games are already sold out online, but the sale prices should be good at your local brick-and-mortar Best Buy’s as well. You can view a full listing of the games on sale here.

Now if you excuse me, I’m going to spend the rest of my fleeting summer vacation eating a tub of ice cream while watching a Top Chef marathon in my boxers.