It’s time for another installment of our new CQOTW segment. I asked, and you guys answered with some top notch examples. In case you missed last week’s inaugural post, here’s how it works: Every week I’m going to pose a question to the community, and the best responses will end up right here. A new question will be asked every Monday, and the results will be compiled and posted on Thursdays. Some quick housecleaning before we begin: 1) Some of these responses may contain *spoilers* to various games, so READ AT YOUR OWN RISK. 2) I will censor any content I decide to include within the article, but any outside links provided to pictures or videos as references are potentially NSFW.

This week’s question: What’s the most difficult boss fight you’ve ever encountered? How did you prepare to defeat it? Let’s take a look at this week’s Top Ten.

“The weapons in FF7 (Ultima, Ruby, Emerald). Emerald was the toughest one by far, seeing as it had so much HP and a time limit.

What I did to prepare was the only thing I could do: Get everyone to level 99, get all their best weapons, and master all the materia that I could…” (submitted by Jose Burgos)

“Prinny: can I really be the hero? Final boss Sir Sweet 2nd form.

Preparations: die endlessly till I could read his movements… I still can’t defeat him, I can only make it 10 mins” (submitted by Joey Maldonado)

“Back when I was younger, I remember playing Mortal Kombat on the SNES and having a hard time beating Goro. I don’t know why, but I just couldn’t beat him no matter how many times I tried. ” (submitted by Christian Moreno)

How did I prepare? I tried it a few hundred times…” (submitted by James Soliman)

“Persona 3‘s final boss when I was playing through it on P3P.

I didn’t grind much, so I had to have a real powerhouse team that buffed well and healed well. Took me close to an hour. ” (submitted by Jerome V)

“Monster Hunter Freedom Unite: G-Rank Gravios. Basically requires you to use a HBG [Heavy Bowgun], and it takes around 60 minutes to kill him (at least it did with me).

I basically had to create a weapon and gear for that fight exclusively.” (submitted by Judgmenl)

“Dark Riku 2, from the original Kingdom Hearts. I was 10 at the time, so I didn’t know the effectiveness of dodge rolling or using the quick menu for spells during fights. Plus I was underleveled as hell, so he would take me out in 2 or 3 combos.

I remember beating him on a day I was sick and out from school. I must’ve gotten incredibly lucky, but I didn’t care. The first thing I did was dance on my bed, and then tell my mother that I beat him. She had no idea what the **** I was talking about.” (submitted by BNVshark123)

“The Maneater from Demon’s Souls (on NG+ technically). They do so much damage and are so aggressive that I always seemed to die whenever I tried to keep playing.

I actually gave up on the platinum and sold the game that day. And then I came back, upgraded my dexterity, and learned a good defensive spell so I could kill the first from the fog gate with a bow and the other with melee. It was very difficult…” (submitted by Jesse Anderson)

I had the guide to get me through the game and find all of the energy and missile packs. I still was not prepared enough for this boss. I had to put all of my gaming skills to the test and I prevailed. First game I ever really cared a lot about. That’s when I became a gamer.” (submitted by IvoryKeys88)

“I always had an issue with Sin from Final Fantasy X. I went through all of the sphere grids with each character until I had no more room to move.

It took about a week of multiple attempts and about a bazillion deaths before I finally went on a full fledged attack and destroyed him.” (submitted by Joshua Bisbee, who sadly never thought to use “Zombie”, then follow it up with “Life”…)

Dealer’s Choice: As will become customary, I’ll conclude each week’s segment with my personal answer to the QOTW. I’ve stumbled and flailed my way to victory over many a frustrating boss battle, but there is only one that has ever come close to making me break a controller. I’m usually super calm and have never broken anything in an angry fit while gaming (I’ve still got my original Xbox 360 headset from launch to prove it,) but this fight pushed me to my limit.

The Operator – The Witcher 2: Assassins of Kings (optional boss)

Interested in seeing your response featured in next week’s segment? Here are the ground rules: Answers must include proper attribution. That means, make sure to include who said the line, as well as what game it’s from. Citation must be provided in order to be considered. Providing relevant video links is much appreciated, but not mandatory. In order to find out what each week’s question will be, make sure to add me to your Google+ circles or follow me on Twitter. Additionally, you can find each week’s question inside the Gaming community, or posted here.

Did your most challenging boss battle make the cut? If not, share your experiences down in the comments section, and don’t forget to like IGXPro on Facebook, follow us on Twitter, or give us the ‘ol +1 on Google+. Thanks to everyone who participated! Be sure to check the proper channels on Monday for next week’s Question of the Week. 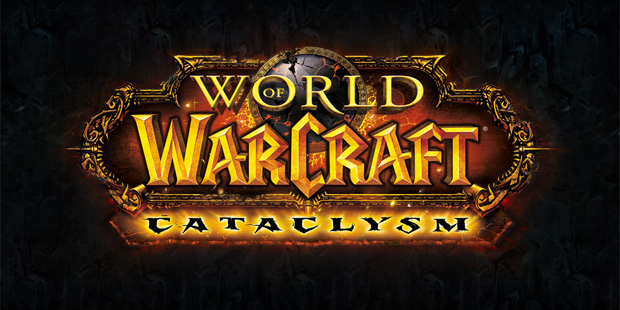 Most of the games I play are obscure, and I …