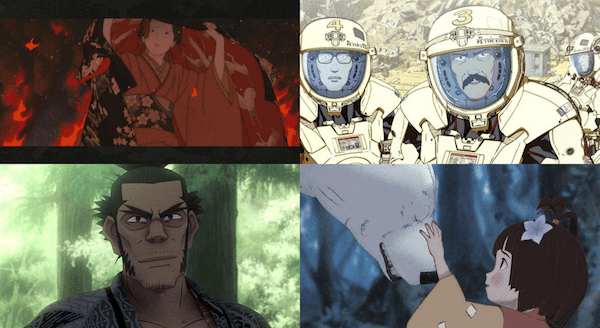 Goichi Suda is a busy man: besides putting the finishing touches on Killer Is Dead (due out next month,) gaming’s most infamous auteur is also working an as-yet untitled action game and, as was revealed today in the new Famitsu, he’s teaming up with anime legend Katsuhiro Otomo to create a game based on Otomo’s latest film, Short Peace.

Short Peace is an anthology comprised of four short films that feature different visual styles and stories, but are connected by similar themes. Suda’s game, entitled Ranko Tsukigime’s Longest Day, is intended to be the fifth chapter of the collection.

According to Famitsu, the game will be a “high speed action game,” and that the game will be viewed from a 2D, sidescrolling perspective. The game will take place in modern day Japan. Suda will be the scenario writer for the game, while Tokyo Jungle director Yohei Kataoka will direct the game.

Details about the new project are still leaking out of Japan, so I’ll keep you update as we find out more. Despite how little we know about Longest Day, it’s hard to not get excited about the game based simply on the talent involved: obviously, Otomo is a legend and everything he’s associated with deserves your attention, and I’ve talked about how much I love Suda51’s games on this blog many times before. Yohei Kataoka is an intriguing guy as well: Tokyo Jungle was one of 2012’s most entertaining sleeper hits, and if Longest Day ends up being half as unique as that game was, then it’ll definitely be worth looking into as well.

To stop the mass banning that Blizzard did a couple …