Rockstar has released the first footage of actual gameplay from Grand Theft Auto V, and frankly, it looks amazing.

The trailer focuses on GTA V’s new multi-character mechanic, which lets you switch between the game’s three lead characters at anytime. A mission shown in the trailer shows Michael rappelling down a building while Franklin gives him cover fire with a sniper rifle and Trevor pilots a helicopter above. Rockstar is promising an immense amount of gameplay variety within the game’s missions, as the three characters will often be doing three completely different things (driving, shooting, sneaking around, etc.) within the same mission. While you control one character, the other two are controlled by AI. During the game’s open world segments, the characters you’re not controlling will follow their own schedules and you may see special events and story scenes by jumping into them at specific times.

Grand Theft Auto IV was and continues to be a pretty game, but it looks GTA V will completely blow it out of the water. The game’s world looks huge, the locations look detailed, and the characters animate with a lot of fluidity (while managing to avoid the weird “Uncanny Valley” feeling of L.A. Noire.) GTA has always been thematically impressive, but Rockstar are promising that the gameplay will be just as polished: while the gunplay in these games has always been kind of awkward, Rockstar says that GTA V will have “a huge focus on mechanics” and all of the game’s disparate gameplay styles will control and play equally well.

I’ve never been a huge fan of GTA (Red Dead Redemption and Assassin’s Creed have always been my open world games of choice,) but I have to admit, this trailer got me hyped for GTA V. It really looks like they’re trying to evolve the genre instead of just rehashing GTA IV with new graphics.

Grand Theft Auto V will be released for the PS3 and Xbox 360 on September 17.

By this point, anyone with even a remote interest in … 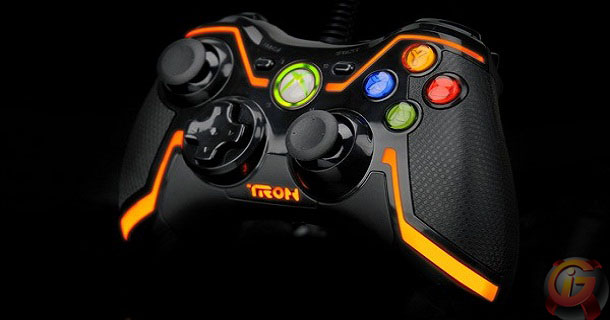 Glowing orange on a controller never really seemed appropriate and …