Eidos Montreal is deep into development breathing new life into master thief Garrett and the wonderful series built around him. While E3 brought us our first glimpse of gameplay footage and a brand new trailer, the team recently released a brand new developer diary highlighting the story and narrative decisions that will shape the latest Thief title. In the video, hosted by community manager Adam Badke, narrative director Steven Gallagher delves into the protagonist’s personal history; lifting the shroud of darkness surrounding Garrett’s origins in hopes of illuminating the motivations behind his actions. Take a look:

For those unable to watch the video at the moment, Gallagher explains that Garrett has no knowledge of his lineage. Having no understanding of who his parents are, Garrett was raised in an orphanage where he quickly escaped. Perhaps stemming from a life without parents to watch over him, Garrett has a strong desire to prove to the world that he is self-sufficient, valuing his freedom and independence above all else. Obviously, as a child who’s run away from the orphanage taking care of him, it doesn’t take long for Garrett to realize he has to steal just to survive. In doing so, he awakens an innate ability within himself, and realizes he is capable of much more than mere pickpocketing or swiping the occasional piece of fruit off a cart.

As far as setting, the story takes place years after Garrett has perfected the art of stealing and finally returns home to “The City” (no points for originality there, but I like how upfront they are about how little formalities like names matter.) Coming back to find a city distraught and in decay, Garrett realizes the people’s misery is a direct result of the Baron’s actions; a man who comes from a family that’s been in power for generations. The Baron is motivated by a desire to see The City reach the cutting edge of technology and industrialization, putting progress far ahead of his citizen’s happiness. This leads to your trademark signs of a depressed city on the verge of collapse such as food shortages, unkempt streets, and disease in the air. Needless to say, Garrett doesn’t like what he finds when he gets home.

Finally, Gallagher wraps up by explaining that the latest Thief title stands on its own and players won’t need to be familiar with the previous games. While Thief features a linear narrative, there is optional side content for players who wish to explore the city and immerse themselves deeper into the mythology of the universe. That being said, anyone intimately familiar with the classic Thief games is encouraged to explore the world, as “those who know what they’re looking for” are sure to be rewarded.

Scheduled to release sometime in 2014, Thief is headed to PS3, PS4, Xbox 360, Xbox One, and PC. For fans of the stealth genre, this is definitely one to watch, but I suspect gamers of all kinds will find good reason to gravitate toward Garrett when the game releases.

Are you folks excited to hear more about the upcoming Thief game? What features from the classic titles are you hoping return? What new features should Eidos Montreal incorporate into this game to reinvigorate the stealth-action genre the original Thief helped create? Let us know in the usual place, and don’t forget to like IGXPro on Facebook, follow us on Twitter, or give us the ‘ol +1 on Google+. And if you can’t get enough of my shenanigans, (who could blame you?) you can check me out @GamingsNirvana, or add +VinnyParisi to your circles. 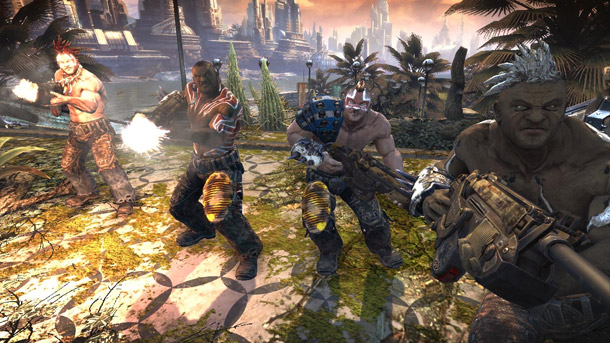