It seems we can’t go more than a couple weeks without hearing a studio is facing major job cuts around the office. This time around, IO Interactive is being sent to the chopping block. Known most notably for developing both the Hitman and Kane and Lynch franchises (unless you were particularly enamored with Mini Ninjas,) the Square Enix-owned company issued the following statement earlier today:

“The studio will focus resolutely on the future vision for the Hitman franchise and is in pre-production on a new AAA Hitman project. However we have taken the difficult decision to cancel other studio projects and initiatives at IO and reduce the workforce in this studio, which will impact almost half of the employees currently at IO, as we make internal adjustments to face the challenges of today’s market.

For those affected, we are extremely grateful for the hard work which they have contributed, and where it’s possible and appropriate to relocate staff to open positions at other studios within the group, we will try to do so. We are also reaching out to other companies for outplacement opportunities. We sincerely wish them well in their future careers.”

My sympathies go out to the team-members placed out of work during the studio’s restructuring. If there’s any good news to take away from this announcement, it’s that we finally have confirmation that a new Hitman is in development, likely for next-gen platforms. Of course, this also means that the rumored Kane and Lynch 3 project thought to be in development is scrapped.

It’s always heartbreaking to see game-makers struggling to make their ideas a reality, and it really puts it into perspective how lucky the industry is to have such a welcomed indie scene graciously accepted by consumers. With so many companies floundering to break even after spending tens, if not hundreds, of millions of dollars on a AAA properties, maybe some studios will realize that great games can still be achieved with low budgets heading into the next-generation. With Sony and Nintendo’s open policy allowing indies to self-publish, perhaps some studios will release a few less expensive, though still great quality, arcade titles to help subsidize the cost of their franchise tent-poles.

Are you guys and gals upset about the demise of the Kane and Lynch franchise for the foreseeable future? Are you glad IO Interactive is focused on making a new Hitman title? Let us know in the comments section, and don’t forget to like IGXPro on Facebook, follow us on Twitter, or give us the ‘ol +1 on Google+. If you can’t get enough of my shenanigans, (who could blame you?) you can check me out @GamingsNirvana, or add +VinnyParisi to your circles. 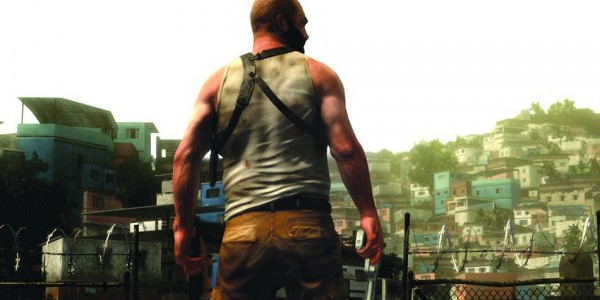