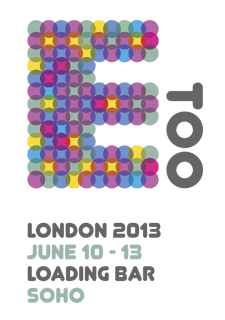 Can’t make it to E3 this year? Well, if you live in London, you’re in luck — Sony is sponsoring a smaller event branded as the “alternative E3,” which will feature games from over 30 developers.

The idea to start a smaller, E3-style event in London came from co-organizer Kevin Stuart, an editor for The Guardian. Stuart and game developer Georg Backer (who used to work for Lionhead, the studio that developed the Fable series for Xbox,) decided to host the event after “sulking on Twitter abut not being able to go to E3.”

Over 30 indie developers are expected to take part in the event, including Hello Games (creators of the Joe Danger series,) Projector Games (Fortress Craft,) and Big Robot (Sir, You Are Being Hunted.) Capcom will also be showing off demos for Lost Planet 3 and Ducktales HD at the event.

Playjam will also be demoing the Gamestick, their Kickstarter-funded, Android powered mini game console at the event.

In addition to sponsoring the event, Sony will be showing off a number of their upcoming big titles from the Fall, including The Last of Us and Rain. Sony is also promising that they’ll have a number of special surprises to show off at the event as well.

Unlike E3, EToo will be open to the public, though attendees will have to pre-register in advance. If you’re interested in going, you should probably register now, as the show is already sold-out for certain days.

After Sega announced its newest update to the 2006 released …