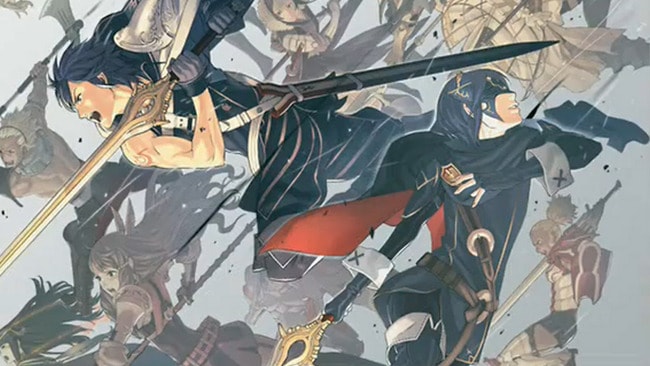 Fire Emblem Awakening has been one of the biggest hits for Nintendo this year, and a lot of critics have labelled the strategy-RPG as the 3DS’s “killer app.” But while FE: Awakening is now considered a bona-fide success, Nintendo was originally pessimistic about the franchise’s future, as according to an interview with the game’s developers in Spanish gaming mag Hobby Consolas (translated by Siliconera here,) the company was prepared to end the long running series with Awakening.

Nintendo issued an ultimatum to the Fire Emblem team before Awakening’s release: the game needed to sell at least 250,000 copies or the franchise would get shelved.  While Western gamers weren’t introduced to Fire Emblem until the Gamecube/GBA era, the series is actually one of Nintendo oldest franchises — the first game in the series was released for the 8-bit Famicom in 1990. While the franchise has always been considered one of Nintendo’s big series’ (in Japan at least,) recent sequels for the Wii and the original DS were met with declining sales and less critical acclaim than earlier games in the series.

Fire Emblem’s development team tried to come up with new ideas to reinvigorate the franchise, including ditching the series’ traditional fantasy themes in favor of a modern-day setting, but ultimately they decided to stick to their guns and double-down on the elements that made people like the series in the first place. Fire Emblem Awakening features a mix of the most popular features from earlier games in the series, such as the ability marry your characters off and then later play as grown-up versions of their children.

The most controversial addition to Awakening was “casual mode,” which removes the series’ trademark perma-death penalty. According to Fire Emblem team member Hitoshi Yamagami, Nintendo was originally against this change since they felt that perma-death was one of Fire Emblem’s iconic features, but Yamagami and his team managed to convince them that the optional, easier mode was worth developing. ““Considering how valuable time is to gamers, Casual Mode came about to avoid causing them to lose this time.  If we made them waste two hours playing because one of the characters fell in the field of battle, it would not be received well nowadays,” Yamigami says.

Thankfully, Fire Emblem Awakening has more than surpassed its original sales goal of 250,000 copies: as of April, the game has sold about 700,000 copies worldwide, and is on track to eventually break the one million mark. In addition to strong sales of the game itself, Nintendo has stated that the paid DLC chapters for the game have been similarly popular.

I’m currently playing through Fire Emblem Awakening (it took me awhile to find a physical copy of the game,) and I have to say, it’s just as good as the critics said it was — while I thought that no sequel could ever top the Gamecube’s Fire Emblem: Path of Radiance (my personal favorite in the series,) FE: Awakening is proving itself to be a far superior game in every single way: the game’s story, cast of characters, and combat mechanics are far more polished and are substantially deeper than earlier games’, and it’s clear that the FE team went all-out with Awakening.  I’m glad to hear that the development team at Intelligent Systems didn’t give up and “reboot” the series, because the last time they tried that — rebooting the whimsical Advance Wars series into something more “mature” with the post apocalyptic Days of Ruin — it didn’t work out so well.

Awakening’s success seems to have guaranteed a future for the series, as Nintendo has already announced a sequel: the next game in the franchise, Shin Megami Tensei X Fire Emblem, is being developed for the Wii U. The cross-over game will be developed by Shin Megami Tensei developer Atlus and will be published by Nintendo.