It’s not exactly breaking news that the Wii U hasn’t been doing so hot ever since release. Last week, Nintendo global president Satoru Iwata finally gave a frank and candid response to the company’s lackluster console unit sales; citing, among other things, a lack of mainstream education about what the Wii U actually is. Now, in an effort to educate Wii owners about the latest console offering, Nintendo has sent out a message arriving in the inboxes of all Wii owners, encouraging them to learn about the Wii U.

The message explains that the Wii U “is the all-new home console from Nintendo,” and that “it’s not just an upgrade- it’s an entirely new system that will change the way you and your family experience games and entertainment.” 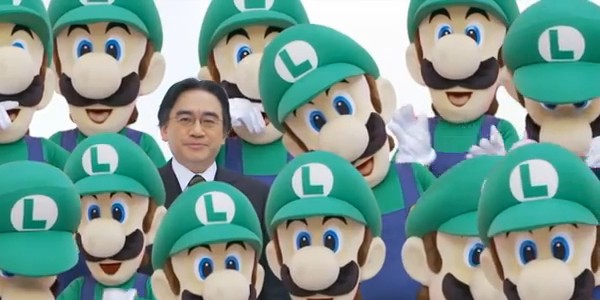 This initiative to raise awareness aligns perfectly with Iwata’s strategy to educate Wii owners about the new console. During last week’s investor meeting, he admitted that, “some have the misunderstanding that Wii U is just Wii with a pad for games, and others even consider Wii U GamePad as a peripheral device connectable to Wii. We feel deeply responsible for not having tried hard enough to have consumers understand the product.”

I think when Nintendo debuted the Wii U at E3 without even showing what the console looked like, we all took it as a sign that they had no clue how to market the next-gen offering. Apparently, we were right. But the lack of mainstream audiences not understanding that the Wii U is more than an upgrade isn’t the only problem facing the struggling console: There’s that whole lack of first and third-party support thing. Luckily, Nintendo seems to have finally gotten the message, as their latest Nintendo Direct stream and comments from Iwata about a commitment to delivering more first-party titles in the near future suggest fence-sitters will soon have a reason to want to buy the Wii U.

Of course, talk is cheap, so until Nintendo finally announces some classic, Nintendo-esque titles that will draw the attention of the masses, the Wii U will continue to move a paltry amount of units. Unfortunately, their decision to skip the usual spectacle of a major E3 conference showing off their latest titles on a grand stage isn’t exactly helping them much. Time will tell if The Big N can manage to steer this ship to safe harbor.

What do you folks think about Nintendo’s new strategy for raising Wii U awareness? How would you communicate to the general public that it’s worth upgrading from the original Wii? Share your thoughts in the comments section.