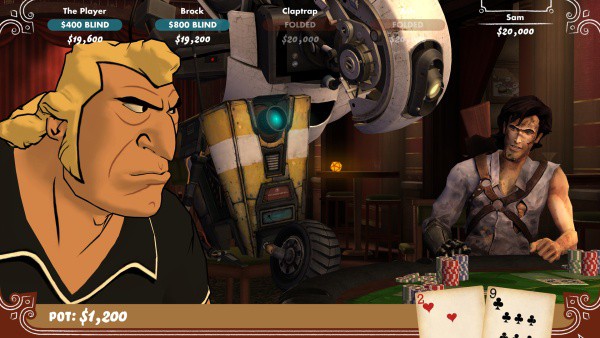 For a second I thought this might be a late April Fool’s Joke, but apparently this is real: TellTale Games, the developers behind the only good Walking Dead game and the recent Sam and Max episodic adventures, announced today that they’re developing a sequel to their popular crossover game Poker Night at the Inventory, featuring a cast that’s even more surprising and varied than the original’s.

Poker Night 2 will let players experience a less-than-friendly game of a poker with Sam and Max’s Sam, Venture Bros.’s Brock Samson, the Evil Dead’s Ash (thankfully his original version and not one of the characters from the upcoming remake,) and Claptrap from Borderlands 2. Everyone’s favorite homicidal AI, GlaDOS, will serve as the game’s dealer.

Winning hands in Poker Night 2 will let players earn exclusive content rewards in other games, such as Borderlands 2 and Team Fortress 2. Telltale hasn’t revealed what those awards will be yet, but if its anything like the original game, expect some unique hats and weapons for TF2. While nothing has been confirmed yet, I think it’s safe to assume that either Ash’s infamous “Boom Stick” or his chainsaw will be one of the unlockable rewards.

The original Poker Night at the Inventory was a surprisingly fun poker sim with some genuinely laugh-out-loud dialogue, and it looks like Poker Night 2 is going to be more of the same. While it’s kind of disappointing that TellTale couldn’t get Bruce Campbell to voice Ash, the game’s diverse (and frankly random) cast seems guaranteed to deliver more laughs than the first game. Telltale says Poker Night 2 should hit Steam sometime before the end of the month. 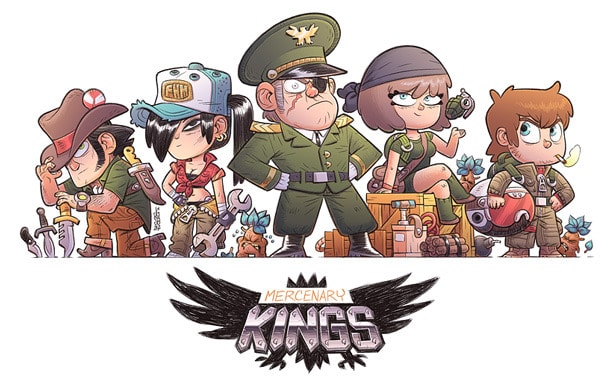