As my roundup of previews and news for last weekend’s PAX East comes to a close, I wanted to save the best for last. Not that the other games on display this year were any less spectacular, but Supergiant Games holds a special place in my heart. You see, just two years ago some little indie studio made up of nine employees showed up at PAX East with a game nobody had ever heard of called Bastion. It featured some pretty great art and you could just barely hear a little bit of what sounded like a catchy tune squeaking out of one the available demos to play. Supergiant Games showed up to their first PAX East with about four demo stations; and half of them were empty almost every time I walked past their booth. Being a part of the videogame news scene, I’d heard a bit about Bastion prior to the show and was already eager to give the game a try. As anyone who frequents this site can attest, I get a little bit excited whenever a new IP is being introduced in our industry. But nothing could have prepared me for the amazing experience just at the other end of the controller.

Bastion blew me away with its style, presentation, clever use of narration, and enchanting soundtrack. And I wasn’t alone. Once Bastion hit the Xbox Live Arcade, people started catching on. Before you knew it, Supergiant Games was the name on everybody’s lips. Last weekend, just two short years later, the team, now comprised of twelve employees, headed to Boston with eight demo units, and was both surprised by and appreciative of the overwhelming support they received from the community. Their new title, Transistor, was far and away the most anticipated game of E3, boasting an even more impressive line than The Elder Scrolls Online. Fans had to wait for just shy of three hours to get a fifteen-minute taste of the successor to Bastion, and every one I saw walked away with a smile.

The demo takes place during the opening moments of the game. We are immediately introduced to our protagonist, nicknamed Red, a lovely young lady with a beautiful voice. The intro greets us with the following text: “Red was a star. Now she is a target. Five assassins confront her. But she is not alone. An extraordinary weapon slips free in the commotion. It transports her across the city in an instant. The assassins’ forces spread out and search.” And then it begins.

Supergiant’s distinctive visual style is immediately recognizable. While levels won’t materialize before you with rising tiles as they did with Bastion, the stages still feature the distinctive art style the previous game was praised for. Upon getting her bearings, Red is instructed by a familiar narration, directing her toward the Transistor, a large sword containing the spirit of a recently deceased man. This time around, the narrator isn’t some omnipresent ethereal voice simply retelling events. The spirit captured inside the Transistor provides the narration, meaning he’s experiencing the journey as it happens right alongside Red. This provides a much more dynamic use for Supergiant’s innovative active narration from Bastion, as the narrator can comments on events that catch him off guard and offer sarcastic remarks on the fly, as opposed to speaking in the past tense.

Immediately after receiving the Transistor, Red is thrust into combat. At first, combat feels similar to Bastion, as players can tap “A” (on an Xbox controller) to use one attack and “B” for another. After defeating the first enemy, a robot sentry known as a “Creep”, three more appear in its place. This is where the combat mechanic unique to Transistor comes into play. At the top of the screen there is a meter which, when activated with a pull of the trigger, will freeze time. While in this state, the meter only drains when Red begins moving; with predetermined amounts of energy assigned to specific attacks. It is up to the player to decide how they want to best use the meter: Whether it be by walking behind an enemy and using what’s left of the meter to initiate a weaker attack, or strike from afar using the bulk of the meter on one effective ranged attack. With ranged attacks, an arc will appear signifying the direction and range with which the attack is effective. This can also be used to line up attacks so that they hit multiple opponents in a line simultaneously. After planning the attack, the player simply pulls the right trigger to execute the attack plan. After the battle ends, the Transistor explains that multiple folks have gone missing from the city for unexplained reasons, and that Red was next on the list. And whoever’s behind the disappearances won’t take her escape lying down.

On the way to the next objective, Red encounters an orb. The Transistor explains that this is another person’s essence, which can be downloaded into the blade, offering Red another unique ability to use during battle. After the “Integration” process, Red now has access to a third attack, called Spark, that throws out a cluster of electrified grenades when activated. Upon receiving this upgrade, Red enters a new room where she sees a poster of herself on the wall. The Transistor explains that he couldn’t save her in time and he apologizes for letting them take her voice. Right after the conversation, another battle ensues, this time with a stronger enemy type known as a “Young Lady”. This time, upon stopping time, Red is introduced to the “undo” ability. In case the player chooses the wrong attack halfway through a battle strategy, they can simply undo the previous action, rather than having to start again. Enemies also begin to drop “Cells”, which appear to be the game’s form of currency.

Once the battle is won, it’s on to the next area, where the player is introduced to their first puzzle, one which requires the use of time-manipulation to solve. Two switches must be pressed in rapid succession to lower a bridge. Obviously this is a simple matter of stopping time and setting both switches as targets. Once across, Red encounters yet another orb, subsequently receiving a fourth ability once the integration process is completed. The power, known as “Jaunt”, is a charging strike that sends Red blurring across the room at an eye-popping pace, ending with a slashing attack. This becomes immediately useful as she encounters a third new enemy type named “Process”. This large automaton packs quite a punch and has substantial health, so it takes a clever variety of attacks and retreats to walk away unscathed. After the battle, Red comes to a locked door, with no way of progressing except for something called a “process socket”. Upon interacting with it, Red enters the digital framework of the facility, effectively digitizing herself to interact with the building itself. After using the Transistor to interact with the core of the framework, Red appears back in the last room she was in, this time with the door unlocked; providing her an exit to the outside world. But not before one last round of combat against a mix of Creeps and an advanced Process known as a “Jerk”. The demo concludes once Red is outside, where she gets on a motorcycle and decides, rather than riding off into the sunset, to head towards the heart of the city and take the fight directly to her would-be pursuers.

Overall, Transistor is a respectable successor to Bastion that keeps a lot of the core mechanics in place, while adding a bit more depth to combat to make the experience feel fresh and decidedly its own. While some may reject the approach to combat, it only takes a battle or two to realize just how much nicer it is having the ability to freeze time and plan attacks accordingly to maximize effectiveness. The taste of puzzles introduced suggests Red will have to use all of her upgraded abilities to overcome obstacles at various points in her journey, and the unique new narration style makes the experience feel much more relevant, as everything is happening in real time as opposed to recounting a story. When I asked about the decision to feature a female protagonist, the team said it wasn’t any sort of political statement, but rather something that just occurred naturally during the storyboarding and development process. Red just made sense as the protagonist.

Supergiant Games has been working on Transistor for just over a year now, and the team is only halfway into development. The takeaway here is that we won’t see the game until summer of 2014 at the earliest. (When Bastion released, it did so as part of Xbox Live’s Summer of Arcade program. No word yet on if this will happen again with Transistor.) While the team wouldn’t divulge details about which platforms the game will release on, with a late-2014 release planned it’s fairly safe to assume you’ll have the opportunity to download it on next-gen consoles.

Are you guys and gals excited to play Transistor? What were your thoughts on Bastion? And with a year left to work on the game, do you have any suggestions for the team about how to make the game even better? Let us know in the comments below.

Here is a video walkthrough of the demo, courtesy of IGN’s YouTube page: 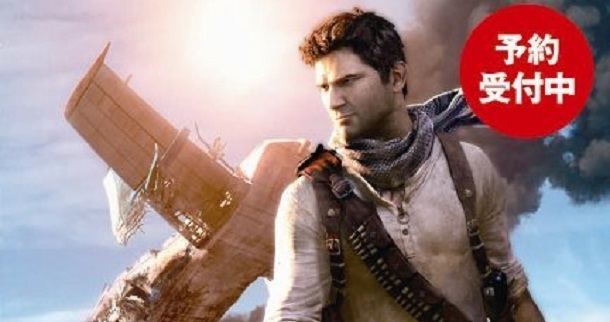