Despite some notable improvements, the latest version of Capcom’s popular multiplayer action RPG is the same as it ever was: it’s addictive, rewarding, and beautiful, but it also does everything it can to discourage new players from getting into it.

I’ve been a fan of Capcom’s Monster Hunter series for years. I’ve logged hundreds of hours into both Monster Hunter: Freedom Unite on the PSP and the original version of Monster Hunter Tri on the Wii. I once paid seventy dollars to import a tiny action figure of one of the game’s characters from Japan. Hell, I once tried to translate one of the series’ many Japanese guidebooks myself, though I gave up after a few pages. It’s safe to say that I’m a complete Monster Hunter fanboy, but despite that, I’m still hesitant to recommend the game to anybody else.

It’s not that I want to hoard all the Monster Hunter goodies for myself. On the contrary, I wish Monster Hunter was as popular over here in the States as it is in Japan, where the series has sold more than 20 million copies and is a bona-fide national cultural phenomenon. I wish the series was popular enough here that Capcom would release all of its related merchandise domestically so I wouldn’t have to pay out the ass to import guidebooks and figures  from Japan. I love Monster Hunter completely, but at the same time, I understand that the game has some pretty substantial flaws that will keep most of my peers from liking it, hence my hesitation to recommend it to others.

At its core, Monster Hunter is a multiplayer action RPG spun from the same cloth as infamously addictive dungeon crawlers like Phantasy Star Online and Diablo: you fight monsters, they drop loot, you get new gear that lets you fight bigger and tougher monsters, repeat. Like PSO and Diablo before it, Monster Hunter keeps players hooked with the Pavlovian promise that the next “epic” loot drop could be just around the corner, and if you can get over Monster Hunter’s initial learning curve, you’ll probably have no problems sinking at least a hundred hours into the game.

Of course, that’s a big if, because Monster Hunter makes a terrible first impression.

Your first few hours with MH3U are guaranteed to be pretty frustrating if you’re new to the series. Monster Hunter is an incredibly dense, complex game, and the game does a piss-poor job of explaining its mechanics to new players.  Unlike some of the earlier entries in the series, MH3U at least tries to explain the game’s often obtuse gameplay systems to new players, but it does it in the worst way possible: via a lengthy, unskippable tutorial section that you have to play through every time you create a new character. The game’s tutorial chapter spends hours teaching players how to gather mushrooms and grow herbs in the game’s farm, but it completely glosses over more important topics, such as the game’s incredibly dense combat and the importance of picking the right weapon. The tutorials don’t do the game any favors: newbies will still be confused, and series veterans will be bored into a coma by the game’s overly lengthy and chatty tutorials.

It’s a shame that the tutorials are so terrible too, because if there was a game in need of a good tutorial, it’s Monster Hunter. Part of the game’s appeal — and part of the reason it’s so hard to recommend to new players — comes from the game’s amazingly deep and complicated combat mechanics. Unlike a lot of other multiplayer action-RPG’s, Monster Hunter isn’t a simple hack-and slash: instead of fighting your way through dungeons filled with hordes of easy to kill, mindless enemies, most of the stages in Monster Hunter pit you against a single, unique boss monster. 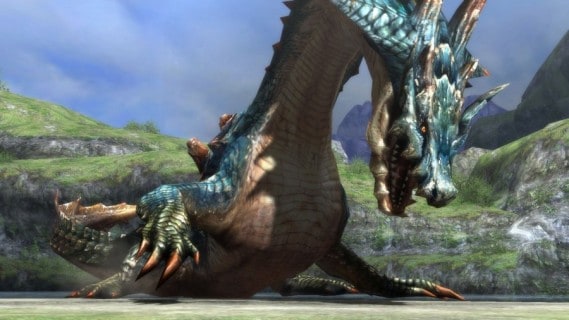 Boss battles make up the bulk of the Monster Hunter experience, and for the most part, the boss encounters are all incredibly well designed and fun to play through. Every monster is a genuine threat that can kill your character with a few hits, and they’re all resilient enough that it’s not uncommon for a single battle to stretch on for a half-hour or more. Each monster has it’s own personality and arsenal of attacks, and each one requires a different strategy to take down: some monsters fight you head on and never let up, while others flee at the first sign of trouble and have to be tracked down. The first time you fight each monster truly feels like a big event, and taking down these behemoths feels just as satisfying as slaying a boss in dedicated action games like Devil May Cry or Shadow of the Colossus.

Unfortunately, it’ll probably be awhile before new players will get to experience the thrill of one of those epic boss battles, because like I said earlier, you’re probably going to spend the first few hours of the game getting incredibly frustrated. Monster Hunter doesn’t control or move like most other action games, and most players will have to spend a lengthy amount of time adjusting to the game’s unique mechanics. Unlike the lightning fast pacing of most modern action games, Monster Hunter’s combat is very deliberately paced: almost every weapon takes a full second or two to swing, and once you’ve started an attack animation, there’s no way to cancel out of it — you have to commit to every attack, and if you miss or time your swing wrong, you can bet that the game’s enemies will take advantage of the opening.

Monster Hunter also doesn’t feature any sort of lock-on: while MH3U adds in the new ability to auto-center the camera in the direction of the boss you’re currently fighting (which is honestly a huge help,) you still have to manually line-up and aim every single attack. Despite the lengthy tutorial, the game doesn’t keep the training wheels on for long, as even the game’s first boss monster is more than capable of wiping out a group of new players within a few attacks. Even the easiest monsters in the game are pretty quick and nimble, and players unfamiliar with the timing and range of each weapon will probably find themselves missing more attacks than they land. Newbies will have to spend hours learning the ins and outs of the combat system, memorizing things like their weapon’s range, the timing (and even the angle) of each swing, as well as the individual weaknesses and patterns of the game’s huge menagerie of monsters.

While the game does an awful job of showing new players the ropes, I cannot emphasize enough how fun and rewarding Monster Hunter is once you get over the initial (and admittedly, steep) learning curve. As you progress through the game, your characters’ stats and equipment will improve, but beyond that, you can actually feel yourself getting better as you play more: attacks that once seemed impossible to dodge will gradually become easy to casually sidestep, and the terrifying monsters that used to wipe out your entire party will suddenly start falling effortlessly to your perfectly timed and coordinated attacks. There are few experiences in gaming more satisfying than defeating a boss in Monster Hunter with only a sliver of life left, then repeating the mission later on and finding out that you can now beat him without taking any damage. 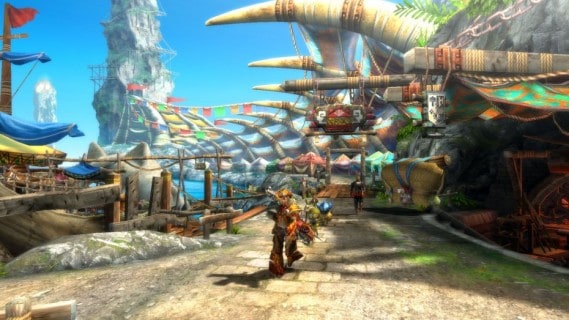 Anyone who’s played Monster Hunter before probably already understands how addictive the game can be, and veterans of the series should have no trouble getting used to playing the game on either the Wii U or the 3DS. The game controls perfectly on either system: while the dual analog set-up of the Wii U or a Circle Pad Pro-equipped 3DS is definitely the preferred method of playing the game, the game remains perfectly playable on a plain 3DS. I thought that manipulating the camera with the touchscreen would be an awkward affair, but after an hour or two with the 3DS version of MH3U, it felt perfectly natural and intuitive.

New to MH3U is the ability to customize each system’s touch screen to feature whatever data or shortcuts you want: players can use their second screen to display everything from stats, chat options, maps of each stage, and most useful of all, item shortcuts. You no longer have to awkwardly cycle through your inventory using the face buttons; now, you simply tap on the icon for each item on your touchscreen and you character will use it. It sounds like a small change, but it makes using items faster and less of hassle, and once you get used to it, it makes it hard to go back to earlier versions of the game that didn’t have this feature (ditto those sentiments with the boss camera I mentioned earlier.)

MH3U is also the best looking version of Monster Hunter so far. MH3U is an “enhanced” port of a game that was originally released for the Wii and PSP years ago, so it’s not pushing the Wii U or the 3DS’s hardware to their limit, but despite its age, it’s still a relatively good looking game. A new lighting engine and clean art direction help compensate for the game’s low-poly count, and while it’s definitely not the most technically advanced game on either system, it’s far from ugly.

Still, despite the improvements, Monster Hunter is still as clunky and as unfriendly as it ever was. Monster Hunter is not a game that you simply pick up and play: you need to spend days, if not weeks, learning the ins-and-outs of its complex controls and gameplay systems. It’s definitely a time sink, and I doubt most gamers will be willing to suffer through the game’s brutal opening hours in order to get to the good parts. It’s for that reason alone that I’m often hesitant to recommend Monster Hunter to others, because I know that the majority of people who pick up the game will probably end up giving up on it before the game has a chance to show off its best features.

But you know what? I’m going to recommend it anyway. Monster Hunter is a game that’s filled with flaws that would kill any other title, but despite its problems, its still one of the most addictive and purely fun experiences available on any platform. Monster Hunter 3 Ultimate is an investment: you’ll have to spend hours letting the game completely beat you down, but eventually, the game pays off with seemingly endless dividends that completely negate its frustrating first few hours. 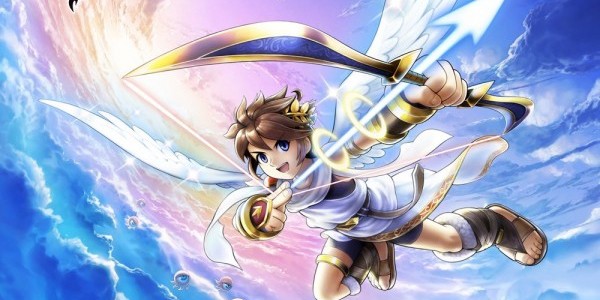 Kid Icarus and Smash Bros. fans were greeted by a … 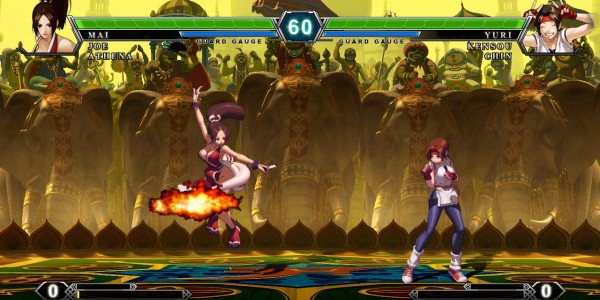 The King of Fighters XIII is a game that successfully …