Since Microsoft is still at least a couple weeks away from making any sort of definitive announcement about the Next Xbox, rumors continue to swirl about the system’s hardware specs and software infrastructure. We’ve reported before on the rumored specs and features of Microsoft’s next-gen outing, and now VGLeaks is offering a bit of new software-related information. Some of it we’ve heard before, but with new details added on top.

The first rumor discusses the issue of hard drive installations. While this isn’t the first we’ve heard that next-gen games will require mandatory installations, what’s worth noting is that the discs will no longer be used to run the game after the initial installation. Specifically, the alleged documentation they’ve obtained states that, “all games will be installed on the hard drive. Play from optical disc will not be supported.” If these rumors are true the Next Xbox won’t actually support disc play at all. Instead, every game will be required to run from the hard drive. The most likely assumption here is that the discs would come with some sort of registration code. Once the game is registered to a specific console, or Xbox Live account, this specific copy of the game could not be used with any other console or account. Assumedly, these measures would be put in place to prevent piracy. But the other obvious drawback here is that it would also completely block off used game sales.

I have a couple issues with the documents being leaked. First of all, taking a look at the screenshot for the installation wizard, the “Welcome to Durango” (the code name for Next Xbox) messaging, complete with The Matrix scrolling programming code, looks rather suspicious; thus calling the rest of the document into question. Secondly, if every game requires a mandatory installation rendering the disc useless once the content has been transferred, why even sell discs at all? Ten minutes after putting the disc into your console it effectively becomes a coaster, so it seems like a waste of money to print all of these discs as opposed to going all digital; and we all know how companies, especially Microsoft, occasionally find favor in penny-pinching to turn a profit. On the other hand though, it does seemingly offer collector’s the best of both worlds: You still get to put a disc and the case on your shelf, but you wouldn’t ever have to take it out after the initial installation. Still, I doubt they’re making the decision based on that alone.

The second recurring rumor we’re seeing pop up again in this documentation says the console would require a constant internet connection. The “Always On, Always Connected” business model is something Sony suggested with the PS4, with the difference being in their case the feature is optional. As with the PS4, the Next Xbox would use this constant connection to update games and software so that the console stays up to date, eliminating any potential roadblock between the player and the game. While nothing in the documentation specifically says this connection will be required for the console to function, I imagine Microsoft is going to do whatever it can to persuade gamers to keep their systems tied to the network at all times. 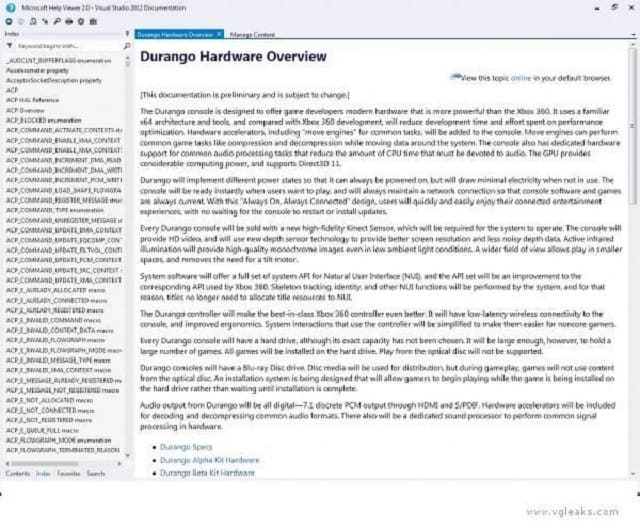 Finally, we’ve heard before that every console will come bundled with the latest version of Kinect. Again, this isn’t surprising as the PS4 has equipped every DualShock 4 with a light sensor and will be bundling the newest version of the PlayStation Eye with their console. In the Next Xbox’s case, the upgraded Kinect improves the viewing angle to the point where it will no longer come with a tilting motor and can see the field of play even in low ambient light situations. The kicker here is that the documents state that “Every Durango console will be sold with a new high-fidelity Kinect, which will be required for the system to operate.” (text was not originally bold and was added for emphasis.) There’s no specific explanation given for what this actually means though. In a worst case scenario, one I sincerely hope Microsoft is not crazy enough to go through with, this might mean the console won’t function unless Kinect is turned on. Now, I don’t mean to sound paranoid or anything, but I don’t love the idea of Kinect watching and listening to everything that I do at all times, especially if the Next Xbox requires a constant internet connect and different power states so that it never actually turns “off”. Don’t get me wrong, I enjoy being able to pick and pause my Netflix movies without reaching for the remote as much as the next guy, but I really don’t feel comfortable leaving a camera and microphone on to constantly record everything that happens in my home. It’s not a simple matter of whether someone is on the other end watching or not, I don’t want an entire room in my home to be under constant surveillance.

Until Microsoft does finally unveil the Next Xbox, of course all of this needs to be taken with a grain of salt. Although, it does bear repeating that we’ve seen these rumors constantly popping up from a variety of sources. And when so many people are whispering the exact same thing, there’s often at least some truth to what’s being said. Perhaps this is just an early concept stage for what Microsoft intended with the Next Xbox, I really can’t say. I can say that being the only console to block used games and require an always-on internet connection would turn a huge number of gamers off to the Next Xbox though, and would subsequently make the PS4 look like an even better next-gen alternative than it already does. You can bet that Microsoft is aware of that though, so hopefully they make the smart decision and give players the freedom to choose.

What do you folks make of these rumors? Do you think Microsoft would really pursue blocking used games? Are you ready to make the switch to digital-only games that run off of the hard drive? And how do you feel about a console that requires an active camera and microphone at all times in order to function? Let us know in the comments below.

Today marks the launch of a new weekly series titled … 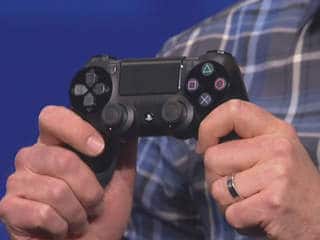 In a move that surprised absolutely no one, Sony formally …