Here’s something to consider. Konami’s Hideo Kojima recently spoke with Edge about the next generation of consoles and how social integration will play a key role in game development for the foreseeable future. As a teaser snippet before the magazine’s cover story debuts on Thursday, the site let slip a few of Kojima’s thoughts.

Kojima begins by discussing one of the growing problems facing our industry: How multi-million dollar budgets are crippling creativity and forcing publishers, and subsequently developers, into creating products that trade originality for profitability. Why create something new when a Call of Duty clone is almost guaranteed to turn a profit, right? One of the main problem is that, “A very deep, 20-30 hour game might need a bigger team and take three or four years.”

As a potential solution to this problem, Kojima believes there’s a way for developers to gauge interest in products before too many resources have been invested. “I think there’s a different way of tackling this problem: something similar to a TV series, where you can use pilot episodes to test the waters before you jump completely into the project…” he said. “It can be distributed via download channels, so the player can try it out before production continues. Something like that wouldn’t take that long to create, maybe a year, and if it’s successful, you can continue.”

Discussing how the PS4 and, presumably, Microsoft’s next-gen offering will allow for social integration and easier content sharing, Kojima added that, “I think there’ll be a social aspect to game creation, because it will be more interactive. You’ll get user feedback, and I think there’ll be this back-and-forth between users and creators.”

This is certainly an interesting idea, allowing the public to actually get their hands on a product in development and offering feedback, as opposed to showing off a tech demo and giving a verbal sales pitch at E3. If it would allow developers the freedom to take more creative risks instead of churning out sequels, reboots, and uninspired shooters, then I’m all for it.

However, I do see one potential pitfall with this scenario: At what point does allowing feedback at such an early stage in the development process limit if not entirely compromise artistic freedom? Where is the line between collaboration and sacrificing creative vision to pander to whoever yells the loudest on a message board? There’s no question fan feedback is instrumental to optimizing final development, but giving the general public such early access to an idea and the opportunity to potentially shut down a project in the making is akin to filming a movie out in the open, or blogging a new novel chapter by chapter. There is just so much that can go wrong. There’s a reason for the existence of expressions like “leave it to the professionals”, and as much as publishers seem out of touch with gamers and the general public, I’m not really sure what the consequences of opening the development floodgates to the average gamers are. We all saw the savage backlash BioWare received after the whole Mass Effect 3 ending debacle. In film, look no further than Star Wars, and the way fans reacted to alterations of any kind made to the original trilogy.  There’s something to be said about artistic freedom versus a fan’s sense of collective ownership over a product once they’ve fallen in love with it, and it’s a debate worthy of consideration.

I’d still be interested to see some big-name developers try this method, just to see where the results take us. Yet, perhaps this method would be more suitable for smaller or indie developers, who don’t have the ability to invest in a failed endeavor and would benefit from being able to adapt on the fly. It’s really too early to tell.

What do you folks think about this? Do you like the idea of having new game ideas pitched to you in the form of short, interactive TV pilots? Or would you rather not see a game until it’s finished, saving the experience and greater sense of immersion for the finished product? Would you be willing to provide detailed, valuable feedback if developers took the time to pitch these ideas to you directly? Let us know down in the comments. 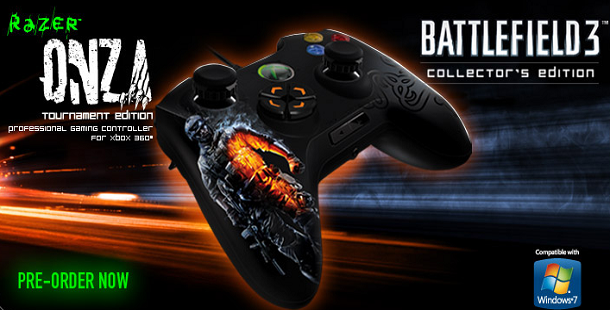