While many have speculated about Nintendo’s uncertain future in the console market, due to the Wii U’s failure to pick up much steam in unit sales, ex-Epic Games designer Cliff Bleszinski sees the worst possible outcome as the most likely. If his vision comes to pass, one that he shared in a recent interview with Games Industry International, we may soon be living in a world where Nintendo stops producing hardware all together, taking a software-only approach very reminiscent of what happened to Sega after the Dreamcast failed to find success.

He attributes this cynical scenario to the industry’s current tumultuous state, one that hasn’t been quite so financially volatile since the video game crash more than two decades ago. “This business has not been in a state of transition like it is right now since the video game crash of the ’80s. I really think we’re in a massive state of turmoil,” Bleszinski said. “I think Nintendo could possibly be faced with the situation of becoming a company that only makes software moving forward. I think Sony and Microsoft are about to come to major blows. But at the same time, people love playing games on their iPad. The PC is going through a wonderful renaissance right now. I think we’re ready to do digital download games all the time…I just want to see what happens. In regards to the industry, it’s like the Super Smash Bros. of business right now, and I want to see if Peach or Mario wins.”

In order for the console market to survive, let alone find new ways to thrive, Cliffy B believes the industry must become more adaptable, and change alongside the growing demand for a wider variety of gameplay experiences. He recalled an example during the development process for Gears of War 2 that he feels should be considered a cautionary tale moving forward. “When Gears of War 2 launched and we found out that our netcode wasn’t working right, it took us three months to get an update out. By that time, the majority of users had moved on to the next game or had traded it in,” he said. The point of this example is that, “if Microsoft and Sony are to do well in this next generation, they are going to need to reduce that time as much as possible, as well as continue to enable user-supported mods, independent games, and really just get rid of the wall that makes it incredibly hard to find those products, even if they’re allowed on the console… All that red tape needs to be stripped away in order to create an ecosystem to allow for a product like Minecraft to actually happen on a console.”

Another way Bleszinski believes consoles must adapt is by adopting the iOS and Android mobile gaming approach of various price points for games. He thinks that the best way for developers to find success for their titles is by competing within different tiered price points, instead of forcing smaller projects to hopelessly compete against franchise juggernauts. In order to accomplish this, publishers and console developers would have to be open to the idea of releasing games at $20, $40, and even free-to-play price points. Games of every genre must be available at every possible price tier.

Additionally, console manufacturers must ensure that their platforms are as open and easy to develop for as possible. We’ve already heard from numerous developers such as Square Enix during the PS4 announcement conference that Sony’s latest console is “a game developer’s dream,” and that’s a great start. Sony also revealed their commitment to allowing indie developers the opportunity to self-publish their titles on the platform. Microsoft in turn must allow for the same freedom. This current generation of consoles has been criticized for being both difficult and expensive to develop for, (especially for indie game developers creating products for Xbox Live. The fee for updating games alone is often too much to be considered viable, as was the much-publicized case with Fez.) so making the next-gen platforms more accessible is the first step in achieving Bleszinski’s vision of a better gaming ecosystem.

I’m very much in agreement with most of what Cliffy B is saying here. Whether you love him or love to hate him, he’s making a lot of good points in this interview. Accessibility needs to be a major aspect of next-gen consoles if they’re going to compete against all the other forms of gaming now available to consumers. Thankfully, we’re not telling the industry anything it doesn’t already know, and Sony and Microsoft are obviously developing these consoles with a similar mindset. That’s why we’re seeing such a ridiculous emphasis being placed on social networking and social integration with the upcoming consoles. This inter-connectivity and spotlight being placed on content sharing is a way of drawing both the casual market and the young generation that’s currently growing up in a digital world; constantly tapped-in to their devices and in a perpetual state of contact with friends and the internet. While I’m wary of what the end result to all this social integration may be, it is currently a necessary step if the gaming industry is going to survive in our new digital culture. One thing is for sure: Change is upon us, and the next five years are going to be very interesting. This coming console generation may define the landscape of the gaming industry in more significant ways than any that have come before it.

What do you lovely folks make of all this? Would you like to see a game industry that’s unafraid to release brand-new shooters at $40 price points? Would you be more inclined to pick up a puzzle game or a platformer with a shorter single-player campaign if it was only 20 bucks? And what about all this social integration? Are you looking forward to being able to connect with friends and fellow gamers playing the same thing as you at any moment? Or would you prefer solitude and an experience that allows you to tune out the rest of the world during your gaming session? Don’t be afraid to make your voice heard in the comments below. 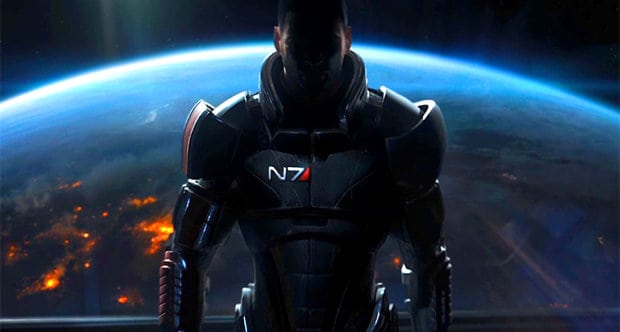