Recently, EA’s CFO Blake Jorgensen was under the spotlight for a recent Q&A during the Goldman Sachs Technology and Internet Conference in San Francisco. During the session, which was transcribed by Gamasutra, he spoke about EA’s plans for next-gen and mentioned some interesting details concerning the consoles’ potential release dates, how it affects the release cycles for their sports franchises, and whether or not used games will potentially be blocked, as previously rumored.

A couple notes before diving in: Jorgensen refers to the current generation of consoles as “gen-three” and next-gen consoles as “gen-four”. Also, any phrases in bold were done so for emphasis and are not included in the original citation.

Now, while speaking about EA’s sports division, Jorgensen mentions that, “The reality is, is that fiscal year 2014 will still be a fairly large gen-three if there’s a console business that comes in at the tail end of the year, mainly because a lot of our titles are built around sports calendars. And so a FIFA, a Madden, an NCAA, an NHL title, all come out aligned with the sports calendar. And if a next-gen console doesn’t come out until next Christmas, most people won’t wait. They’ll want to be involved in getting those titles early, because their friends are all playing those titles, and because they’re being played on a current generation’s consoles.”

Jorgensen continues to refer to potential release dates within the coming holiday season throughout the session. Even more interestingly, however, is this next bit about how EA believes next-gen consoles will probably not feature backwards compatibility.

“An important thing to remember is that next-gen consoles will most likely not be backwards compatible… And if you [play] multiplayer on a game, you’ll most likely not be able to play with someone on a different generation. And so if you’re a FIFA player and, and the soccer season’s starting in August, and all your friends are playing FIFA, you’re going to want to be on the same box that they’re on. So if they all go out and buy a gen-four box if it comes out at Christmas, then you’ll most likely do it. If they all hold on and continue to play on third-generation, you’ll probably not see that box purchase until after the soccer season’s over.”

Speaking about the potential blocking of used games on next-gen systems, Jorgensen remained vague. “I can’t really comment on where the next generation boxes are going to be relative to used games. I will say that the trend in the business is to have that always-on connectivity and connect with a customer, and to the extent that the software identifies a certain customer is going to create some issues going down the road in the used game market,” he offered. Speaking about the used game market in general, he feels that, “It’s one of these classic double-edged swords. In one way the used game business has been critical for the health of the retail channel, and having a healthy retail channel is an important thing for us. The business will probably never be 100 percent digital. Bandwidths are a constraint, and will continue to be a constraint for many years to come, which hold back the ability to do full digital downloads of some games.”

Jorgensen also offered a brief update on the company’s flagship Frostbite engine, primarily featured in their Battlefield franchise. “Moving Frostbite up to gen-four was a big task, but once you’ve done that, you now can do that across multiple titles as long as they’re using the Frostbite engine,” he said, explaining that many other EA titles will share use of the engine going forward, where applicable.

Finally, he talked very generally about next-gen consoles and their potential features, giving us some insight into how Microsoft and Sony plan on integrating cross-media into their systems even further. “No one’s really seen yet… I mean, we have internally, but no one externally has really seen what the look and feel will be like on the new consoles. So I’ll reserve judgment other than to say that I think people are going to be pretty excited.”

“I do think once again without describing the new consoles, you’ve got to assume they’re going to be highly integrated into the living room and the house, and there will be a lot of capability for interaction,” he continued. “I think the console makers have seen what the typical gameplay is today. It’s very different than five years ago, or ten years ago. It was typically single gameplay, not dual gameplay or multi game players. So there’s going to be some connectivity potential around that to make the game much more exciting.”

These are some very interesting statements to analyze. First of all, at this point it is all-but-confirmed that Microsoft and Sony’s next-gen offerings will be released by the end of the year. Secondly, while I highly doubt either console will downright block the ability to play any used games, it seems EA is aware of some proactive steps being taken to combat the amount of used game sales. It sounds to me like games will be rewarding players who purchase new copies, similar to the industry’s current answer of “online passes” and free DLC incentives to purchasing new. Cross-media integration goes without saying at this point, as the industry has been trying to head that way for the past couple years now. It will be interesting seeing how Microsoft and Sony find ways to effectively manage giving players the option to go from tablet, to smartphone, to the TV, all while using motion controls and possible projection displays. It seems like sensory overload to me, but we’ll find out soon enough.

As a final thought, I encourage anyone interested in reading the entire transcript to visit the Gamasutra page I linked at the top of this article.  The full transcript goes into more detail, and I’d say it’s a worthwhile read for anyone interested in early next-gen details before Microsoft and Sony whip out the big guns in the coming months with their official announcements.

Are you guys excited for the next-gen consoles to finally arrive? Are you more concerned about their final specs, or price points? Both? Let us know in the comments below. 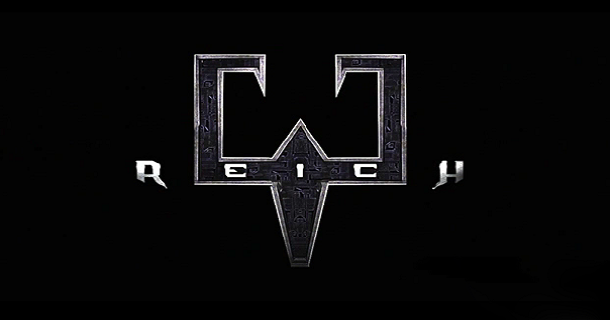