Home
Console News
PC
The Future of Guild Wars 2: A Look Ahead

There’s no denying Guild Wars 2 is a great success.  With the recent announcement of the game reaching three million activations, it’s pretty safe to say there are at least a couple people playing ArenaNet’s MMORPG.  Well, for those three million users, you’re in luck.  Guild Wars 2 is receiving its first update of 2013.  Here’s a full breakdown of what to expect, beginning January 28:

“The sky falls and the ground shakes in the lands of the north. Charr and norn refugees crawl from the wreckage of their homes in the Wayfarer Foothills and Diessa Plateau, struggling to find shelter in the south. The call goes out for volunteers to assist the victims in this time of need, when earth and sky seem to have become the enemy…

Flame and Frost: Prelude is the prologue to a multi-stage narrative that will bring big changes to Guild Wars 2 in the months to come.”

That’s right, a whole new storyline will be branching out over the next couple months, and publisher NCsoft believes it’s “one that all players can enjoy.”

Now, as for the new features:

Temple of the Silent Storm Week:

Sounds like PvP is about to up the ante, so I hope everyone is geared and ready.  Fewer teams on the field means a more focused strategy, so expect/prepare for different playstyles going into these tournaments.

“We’re adding a new rotation of daily achievements to add variety and encourage you to explore the open world. You’ll get different achievements every day of the week and a new achievement tracker in the UI to make it easier to track your progress.”

For the achievement hunters and completionists out there, expect to spend a whole lot more time exploring the vast world of Tyria.

“You’ll earn these brand-new laurels as a reward for daily and monthly achievements!  Redeem these laurels for rewards like the new Ascended gear and Infusions!”

Getting new gear and infusions?  Just in time for the revamped PvP missions, it looks like players will be sporting some new looks in the very near future.

“With the new guesting system, you can play with friends on other worlds in the same region (North America, Europe) without changing your homeworld. Guesting is free, but going forward there will be a gem fee for transferring home worlds, so make sure you’re on the home world you want to permanently play on before 28 January!” (Bolding used for emphasis and does not actually appear as such in the official statement.)

Take advantage of the free guesting while you can, folks, and be sure to pick your home planet before January 28. No stragglers!

“We’re adding a wide range of new gear that can be purchased with the new laurels.

With 5 new Utility Infusions and 30 Ascended Amulets to choose from, there’s something for every style of player.”

“We’re making a ton of other improvements to the game this month, such as enhanced performance in WvW, tweaks to the dynamic level adjustment system, and UI improvements, which will be detailed in our release notes.”

The release notes will be made available within the next few days.

New Items in the Gem Store

“It’s a new year, which means all-new items and a redesigned favorite in the Gem Store!

From Baby Quaggan Backpacks to Riding Brooms to the revamped Box o’ Fun, you’ll find it all in the Gem Store!”

Well, there you have it.  It’s a new year and with it a newly updated Guild Wars 2.  Do any of you play Guild Wars 2?  What server?  Let us now, in addition to how you feel about the updates, in the comments below. 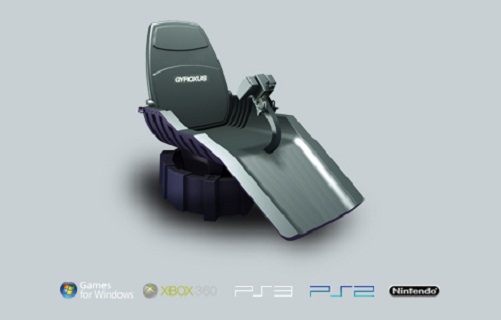