Nintendo held another one of their regular, online press conferences this morning, and while most of the livestream focused on the 3DS, Nintendo President Satoru Iwata did spend some time interviewing producers from both Square-Enix and Capcom about the upcoming Wii U ports of Dragon Quest X and Monster Hunter 3.

Square-Enix’s Yosuke Saito revealed that the Wii and Wii U versions of Dragon Quest X will both share the same servers, meaning that players on both systems will be able to interact and play with each other. The Wii U version will have all the original Wii version’s downloadable updates applied from the start, including the recently added Ranger and Paladin classes. Saito also stated that Square will be adding more features to the game in the coming months, such as the ability to create custom hairstyles and furniture from scratch. The Wii U version of Dragon Quest X will launch in March 2013 in Japan, but no US release date for the MMO has been announced yet. Early adopters in Japan who buy the Wii U at launch will automatically get free access to the game’s beta test.

In Monster Hunter news, series producer Sugimoto had lots of new info to announce about the upcoming HD port of Monster Hunter 3. Sugimoto revealed that the Wii U’s touch screen will be used for a customizable interface — players will be able to drag and drop item shortcuts and create their own “hotkeys” for use on the pad’s screen (which should hopefully reduce the amount of time you spend fumbling for items,), and will also be able to use it as a touch-based keyboard. While the game shares all the same content as the previous Wii, 3DS, and PSP versions of the game, Sugimoto revealed that the Monster Hunter team redid the game’s character and monster models in order to take advantage of the Wii U’s increased horsepower.

Players will be able to exchange their save data between the Wii U and 3DS versions, meaning you’ll be able to transfer your character over from the console version to the handheld when you want to play on the go. The 3DS and Wii U versions will also be compatible with each other in multiplayer, and Sugimoto revealed that online play will be completely free. Unlike Dragon Quest X, Monster Hunter 3 has been confirmed for a US release, and is scheduled to hit American Wii U’s in March 2013.

I’m sort of burnt out on MMO’s, so Dragon Quest X doesn’t really interest me, but I’m still insanely addicted to Monster Hunter, and I’m seriously considering buying a Wii U just so I can play MH3 in HD. Here’s hoping Capcom also announces the upcoming Monster Hunter 4 for a western release as well. 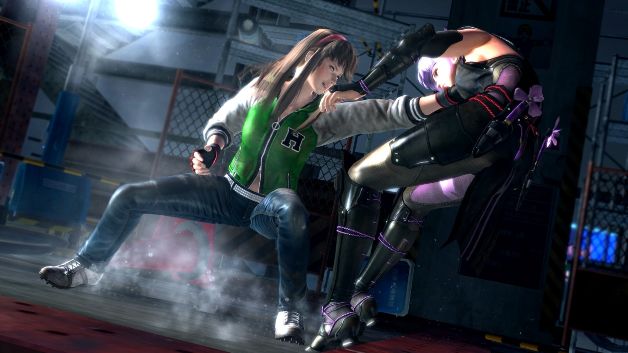 Even though Norway handled a recent terrorist attack in a …