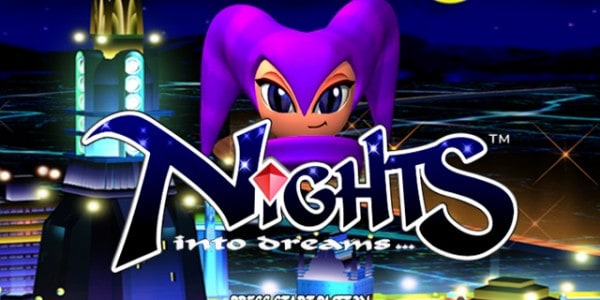 The original NiGHTS is regarded as one of gaming’s most underrated classics by hardcore Sega fans. Does this beloved retro gem still hold up, 16 years later?

Let’s take a look back at the Fall of 1996: Nintendo has just launched the Nintendo 64, and thanks to the seemingly evergreen popularity of Mario, the system goes on to become the must-have gift of the holiday season. Meanwhile, Sony’s original Playstation is just beginning to hit its stride as third parties rapidly flock to the system, beginning a decade of complete and total Sony dominance over the console market. While Nintendo and Sony are effortlessly raking in money, Sega — once the industry darling during the 16 bit days and the legitimate contender against Nintendo’s previously airtight monopoly– is in a bit of a bind. The Saturn’s “surprise” early launch during the Spring of the previous year was an unmitigated disaster; despite Panzer Dragoon’s positive reception, releases for the new system have been sporadic, and a large number of both developers and retailers are refusing to support or stock the system. Sega’s reputation is in the gutter after infamous hardware flops like the 32X and Sega CD, and the one character that could save Sega’s struggling new system — Sonic the Hedgehog — is MIA.

But instead of bringing out a new game starring their most famous creation, Sega instead took a gamble on a new creation: NiGHTS. Created by many of the same people that worked on the original Sonic the Hedgehog, Sega hoped that NiGHTS would do for the Saturn what Sonic did for the Genesis/Mega Drive. Designed to be used with a special analog controller that came packed in with most copies of the game, NiGHTS was promoted as Sega’s new mascot and was positioned as a direct competitor to Mario 64.

Unfortunately for Sega, a flying purple jester in tights didn’t quite have the same mass market appeal as Nintendo’s iconic plumber. NiGHTS didn’t quite bomb, but it wasn’t the massive success that Sega needed it to be, and by the end of 1996, the Saturn’s position as a distant third to Nintendo and Sony’s systems was already firmly cemented.

While NiGHTS wasn’t the system-saving megahit that Sega hoped it would be, it was still a damn fine game. Not many people played NiGHTS, but those that did were generally enamored with its unique gameplay and style, and the game got unanimously great reviews. The game went on to become something of a cult classic, and many gamers (myself included) regarded it as one of the best games that Sega ever made.

And you know what? It still is. NiGHTS is still every bit as playable as it was 1996. Time usually makes a game’s flaws more noticeable and harder to accept, but if anything, NiGHTS is actually more fun now than it was when it first came out.

That’s mostly thanks to how unique the game is: in the 16 years since NiGHTS was released, there hasn’t really been a game quite like it, outside of its own mediocre, terribly misguided sequel for Wii. Nobody has iterated on NiGHTS’ unique gameplay, and nobody, not even in the indie scene, has managed to create something as unique and strange as NiGHTS was. In the last decade and a half, games have become increasingly homogenized as genre classifications have codified and the market has moved towards less whimsical, more “realistic” and more “mature” experiences. NiGHTS represents the complete antithesis of how games have evolved thematically over the last few years, and getting back to its bright, blue skies and its quick, arcadey gameplay felt like a breath of fresh air after years of faux grittiness and Michael Bay style bombastic excess.

At its core, NiGHTS is basically a race against the clock: you’re given a strict time limit at the beginning of each level, and you need to collect 20 blue orbs scattered throughout each stage, deposit them at what’s basically a big floating end goal, and make it back to the start of the level before you run out of time. If it sounds simple, that’s because it is — NiGHTS core mechanics and goals aren’t all that complicated.

But despite the simple mechanics, there’s actually a lot of challenge in NiGHTS: the game’s stages are intricately designed and filled with all sorts of enemies, obstacles, and weird, unique gimmicks. You’ll likely struggle to just make it back to the end goal with any time left when you first start, but once you get used to the game’s controls and get a feel for how the levels are laid out, the true beauty of NiGHTS’ design becomes apparent.

NiGHTS is a game that can technically be completed in one sitting, but simply playing to see the game’s ending would be to miss the point entirely. While the placement of things like enemies and blue orbs seems almost random at first, you soon start to notice that everything in NiGHTS was very deliberately and thoughtfully designed. As you get better at the game, your goal gradually shifts from simply making it to the goal in time to trying to maximize your score (and to do it as stylishly as possible.) Chaining item pick ups or flying through loops in succession gives your score a combo multiplier, and figuring out the ideal path through every stage and how to maximize every second you have soon takes precedence over simply clearing a level. NiGHTS is a stunning example of a game that’s easy to pick up and learn, but hard to master… and it’s worth mastering too, because once you get good, the game becomes almost balletic in the amount of grace and finesse it requires:

This game is obviously very different from the usual mascot “platformer,” and while that’s what makes the game special, it could also be a turn off for a lot of people. Since there really isn’t another game out there that plays like NiGHTS, it’s sort of hard to recommend to strangers — I can’t make a statement like “If you liked Sonic, you’ll love this,” because there really isn’t anything out there that’s like this game. The closest thing I can think of to a statement like that is this: If you were the kind of guy that spent months trying to 1-up your friends’ scores in Pac-Man Champion Edition or their lap times in Need for Speed Hot Pursuit, you’ll probably find a similar addiction in NiGHTS (even if NiGHTS looks and plays like neither of those two games.) However, I can say that if you’re the type of person who plays games for the story or things like “visceral combat,” you probably won’t find many reasons to keep playing this game.

NiGHTS’ uniqueness has also guaranteed that its visuals have aged just as well as its gameplay. While the game obviously doesn’t look like a product of this generation (even in the “Brand New Dreams” mode, which features enhanced graphics from the Japan only PS2 remake of the game,) clean art direction and memorable environmental and character designs help keep the game from looking too dated, despite the simple textures and blocky 3D models. The game retains the limited draw distance that plagued a lot of 3D Saturn games, but it isn’t much of an issue since the game is mostly viewed from a side perspective anyway. Sega even re-recorded the game’s prerendered cut-scenes in HD, which is an extra step that most HD remasters don’t bother with. As with the recent ports of Jet Set Radio and Sonic Adventure 2, it’s obvious that Sega put a lot of effort into making sure that NiGHTS looked as good as it possibly could, short of creating a completely new remake.

There’s an extensive amount of extras as well: the game features the special Christmas themed stage that was previously only available on a (now very rare and very expensive) demo disc that was packed in with a few magazines back in ’96, and just like the HD Jet Set Radio port, Sega even recorded a short behind the scenes feature with the game’s director, Takashi Iizuka (semi related tangent: he’s rightfully celebrated for directing this game, but let’s not forget that he was also behind some of the worst Sonic games.). As comprehensive as this new HD version of NiGHTS is, hardcore fans will probably notice that a few features from Christmas NiGHTS are still missing, such as the ability to play as the evil Reala or Sonic the Hedgehog. Neither of these extras were particularly fun to play through, but it is strange that they’re missing from an otherwise very comprehensive and thorough port.

There are a few minor caveats that might irk my fellow hardcore fans of this game: the HD port is based on the PS2 remake that I mentioned earlier, so it might take fans of the original version a bit of time to adjust to the remake’s slightly looser physics. There are no game breaking changes made to the core mechanics, but hardcore fans will definitely take some time to adjust to the game’s slight differences: boosts take a little longer to accelerate up to top speed, and the timing required to hit certain bosses is a little different. Again, it’s nothing that ruins the experience, but veterans will likely have to spend some time re-learning certain aspects of the game.

Obviously, I’m pretty enamored with NiGHTS. Despite my love of the game, I’ll admit, I was a little scared when I first booted up the HD version: nostalgia is a hell of a thing, and I was worried that the experience of actually playing through NiGHTS again as an adult wouldn’t live up to my rose-tinted memories of when I first played it as a child. Thankfully, NiGHTS is just as good today as it was back then.

Back in 1996, NiGHTS was overshadowed by N64 and PS1 releases like Super Mario 64 and the original Resident Evil, and it would be a shame if the game was once again overlooked by modern gamers in favor of this Fall’s big new releases. Whether you’re a devoted fan of the original or simply looking for something different, NiGHTS still provides an experience that’s totally unlike any other game that came before or after it. If you’ve got an open mind, it’s definitely worth it to take a break from all the bombastic, mega-hyped, triple A releases this Fall and spend an afternoon with this underrated and refreshing classic. 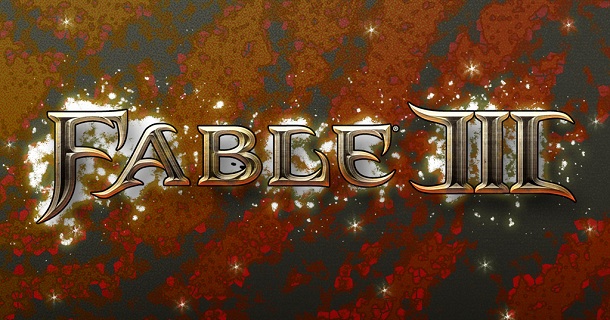 Get ready to return to Albion for the third installment … 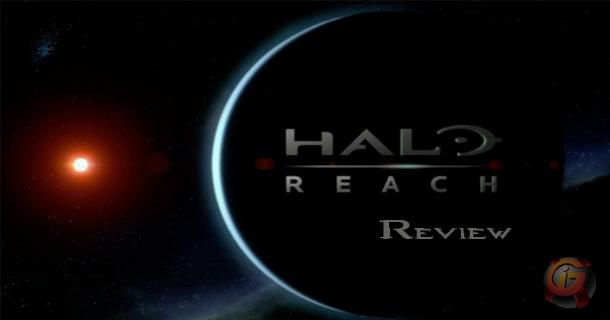