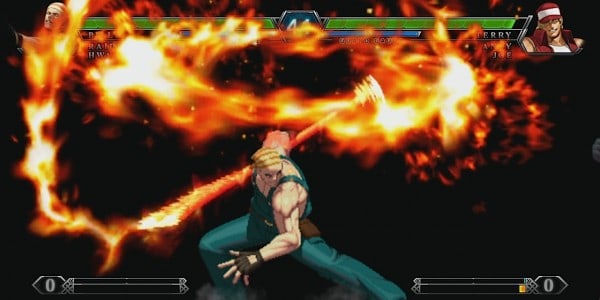 SNK’s brawling masterpiece The King of Fighters XIII joins Playstation Plus’s selection of “free” games tomorrow, and they’re discounting all of the game’s DLC to celebrate.

I loved KoFXIII when it was released last year: outside of some technical issues, I thought it was one of the best fighting games to be released this generation. If you’re a PS+ member, you can now try out the game’s beautiful and deep fighting system for the low, low price of “free” (or, well, however much a PS Plus subscription costs.)

The game’s DLC will also be put on sale, with PS Plus members getting a 30% discount off the original price. The DLC includes the infamous Mr. Karate, who played a big role in one of the most exciting matches at Evo this past year: