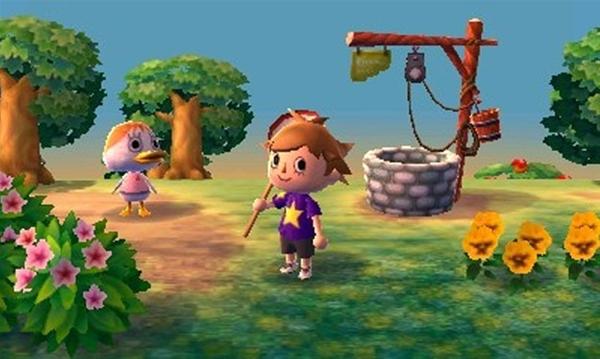 Nintendo hosted another one of their “Nintendo Direct” livestreams in Japan today, and this time they specifically highlighted the changed that were coming to the strangely popular Animal Crossing franchise. While the latest game for 3DS outwardly looks the same, Nintendo is promising that some substantial changes are in store for their cuddly community sim.

As expected, the game’s graphical style still mostly looks the same — the developers behind the series still seem pretty reluctant to give up the blocky, simple art style that the series debuted with on the Nintendo 64, and while Animal Crossing on 3DS looks slightly more polished, it still isn’t pushing the hardware by any means. Regardless, I don’t think AC’s legions of fans will care.

Instead of visual changes, the developers seem to have focused on shaking up the core experience of Animal Crossing: instead of merely being a resident in a town full of animals, you are now the mayor, and you’ll be able to customize the entire town now instead of just your house. As mayor, you’ll get to decide to what buildings your town needs and where to place them. You’ll also be able to build roads and customize the textures of every building and street. Animal Crossing has always been more of a laid-back “experience” rather than a “core” game with pre-set goals, but it looks like Nintendo is adding a bit of Sim City to the give the game a little more focus and challenge.

Nintendo also discussed a number of other changes to the series, including the addition of several new multiplayer minigames. K.K. Slider, the franchise’s iconic singing dog, is now a DJ, and in addition to his usual repertoire of original music, he will now also give players tapes that unlock chiptunes from classic NES games.

Animal Crossing may not draw in the hardcore crowds like other franchises, but the game has a huge following among non-traditional gamers. Previous entries in the franchise helped Nintendo tap a market that usually doesn’t buy games, and if Animal Crossing: Jump Out for 3DS manages to sell anything close to what the DS and Wii AC games did, this could potentially be a big hit for Nintendo.

You may have checked out the article we had last …