Every Tuesday I like to take some time to focus on the hardworking and dedicated “YouTubers” within the gaming community. This week features three videos because, well, I felt like it. I’ve got a bit of everything today; some fan fiction, an hour-long developer panel, and a funny compilation of the “Best Blitzcrank” from League of Legends. I don’t know if it was a particularly robust week or that there are just more and more videos each week, but if this keeps up I hope to do it more often. I’m really glad that game developers and fans are capable of using YouTube as a place to create fan-fiction, exchange ideas, or simply showcase their funny yet effective strategies. Anyways, on to the videos.

Today’s first video shows what happens when a couple of people get together and act as if they’re in the Fallout… in front of normal people. I don’t really know what’s funnier, the reactions of the people who have no earthly idea what’s going on, the very accurate use of the Fallout overlay, or that they all keep a straight face while doing it. My favorite part is when one of the characters becomes overburdened and proceeds to walk around slowly while wheezing. A few people even stop to ask if he’s ok. Acting some of this stuff out in real life does expose some of its silliness, such as the wholesale looting of a downed foe straight down to his underwear. It’s like Jackass, but for nerds.

I’ve been hyping the X-Com remake for a while now, but this is the first time we get to hear what the developers think of the project. On a panel at PAX 2012 titled A Thousand Stupid Ideas on the Road to Glory Firaxis developers talk about what the game means to them and how they’ve recreated a title that means so much to so many. You can tell how excited they are about the project, and how much time they’ve spent working on it. One of the developers jokes to his wife sitting in the front row saying “I’ll be home soon,” comparing the game to a cold and demanding mistress. It’s no surprise, considering how much time they spent iterating the game to get it where it is, I doubt many of them even remember where their houses are.

Today’s final video is just for “funskies” and shows the effects of some well placed trash talk with League of Legends’ most iconic hero, Blitzcrank. Anyone who’s played the game knows just how great it feels to get first blood; you get all that bonus gold, plus the added bonus of getting to type nonsense in all chat. Well this Blitzcrank has taken that first blood desire and turned it around on those who get a bit too greedy, luring many to their deaths under a tower before the game has really begun. Enjoy these videos while you can because soon everyone will know his tricks and keep away from this crafty player. 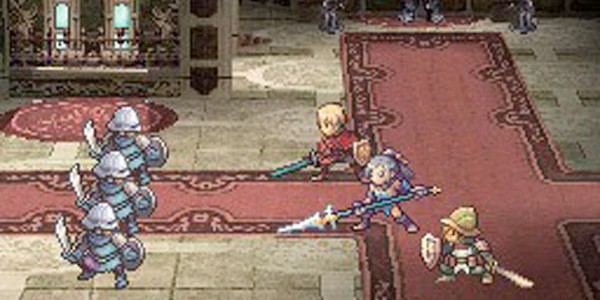