If you’re a fan of Diablo 3 or if you thought it was too difficult, their upcoming 1.0.4 patch is probably something you’ve been hoping for; better legendary items, tons of skill tweaks, and slightly nerfed elite packs. They’re also adding the Paragon system, a kind of end-game leveling system ranging from 1 to 100 that will give players with level 60 characters something more to strive for instead of just gear. On the surface these changes are exactly what players have been complaining about, but the reality is that there’s really isn’t any more substance. The game is still about grinding, Blizzard simply made it easier.

I will say that some of these changes are very much needed, especially the ones regarding the legendary items. Blizzard has stated in the past that legendary items weren’t necessarily supposed to be better than items of lower tiers, but now it seems that they’ve changed their mind about it. Nothing was worse than finally having a legendary item drop only to realize that it’s dramatically inferior to the items you were already using. Hell, you couldn’t even sell most of them. Now however, legendary items will carry unique statistics on top of getting overall buffs in other categories. Now even if a legendary item doesn’t have the power you’re looking for, it may have a unique stat that makes it worth using or at least worth selling.

They’ve also decreased the difficulty level of rare and elite packs, even going so far as to remove the obnoxious invulnerability stat that forced most players to skip them or just start over. While I’m happy to see that they’ve removed this brick wall-like obstacle, I’m kind of surprised that something like this lasted as long as it did. To be honest, I’m surprised that it wasn’t tweaked before release, as it was clear from my first day playing through Inferno that these packs were dramatically more difficult than anything else in the game, including the bosses.

The paragon system itself is kind of a halfway solution to give D3 players some end game content; they didn’t give players anything more to do, but did give those who enjoy the game something more to strive for. It’s a step in the right direction for sure, but adding yet another bar to level seems like a gimmick to keep players online without actually adding any substance, it’s just fluff. That being said I hope this shows that Blizzard is attempting to increase Diablo 3’s longevity, but I’m not quite sure the paragon system is a real solution.

So yes, some of the changes outlined in 1.0.4 were desperately needed, but it doesn’t really address any of the game’s core fundamental problems. There’s still nothing to do but farm for loot, making it easier or setting the goal-line farther away doesn’t really change that. Hopefully some of the changes to the skill system will make the loot-grind more enjoyable, giving players more options to play the game as they see fit.

Diablo 3 still has the potential to turn it all around, especially when they decide that their PvP system is worthy of release. Until then however, I’m not sure that making things easier is going to give the game the longevity it needs. To me Diablo 3 is like a giant staircase to nowhere, this patch just makes the staircase and escalator.

The debut trailer was released today for Rockstars up and … 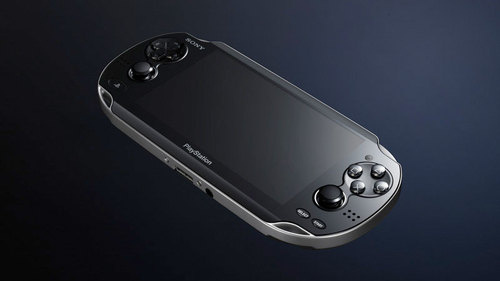