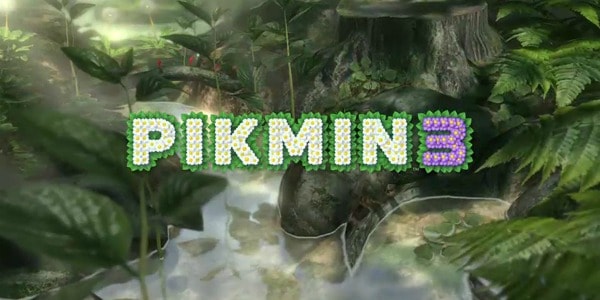 Pikmin 3 was the highlight of Nintendo’s mostly bland E3 press conference, so I made sure that it was the first game I played when I visited Nintendo’s booth this afternoon. As you’d expect from a game created by legendary game designer Shigeru Miyamoto, the game was a lot of fun to play, but I’m not quite sold on the Wii U just yet.

A lot of people wondered if Nintendo would be able to create a good looking HD game, considering they’ve spent the last 6 years making standard-def games on the original Wii, but within seconds of playing Pikmin 3 it becomes clear that Nintendo has a pretty good handle on modern graphical techniques. Textures were clean and photorealistic, the game’s water had all the refractions, transparencies, and fancy reflections you’d expect from a modern game, and the game’s framerate never slowed, even with an army of Pikmin on screen. As is often the case with Nintendo’s first party titles, it was the little details that were the most impressive: for instance, tossing armor shattering Rock Pikmin against an armored boss’s tough shell caused the boss’s armor to crack and shatter realistically at the exact spot where the Rock Pikmin made contact. While Nintendo has yet to reveal how powerful the Wii U is exactly, rest assured it’s definitely capable of pulling off graphics that compare favorably against the current crop of PS3 and Xbox 360 games. 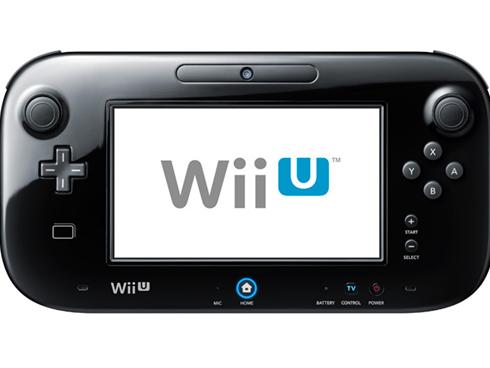 Before I go into the specifics, here’s some general impressions from my first experience with the Wii U tablet controller (henceforth I’ll call it the “WiiPad”): despite its size, the controller was surprisingly light and comfortable to hold. In terms of weight and ergonomics, it actually didn’t feel that much different from a 360 Controller: there’s large grips underneath the pad for you to hold onto, and even after playing multiple Wii U demos one after the other, my arms didn’t get tired from having the hold the relatively large pad up. The high position of the analog sticks relative to the game’s d-pad and buttons actually felt natural: at first I thought it would feel weird to have the right analog stick above the face buttons, but I didn’t even notice it once I started playing. It all felt intuitive and comfortable.  The screen doesn’t quite have the clarity of the retina display on the new iPad, but it’s still plenty clear and impressive. If I had to make a rough estimation, I’d say the resolution of the screen was on-par with the screen on Sony’s Vita.

Not that you need to pay attention to the tablet’s screen while playing Pikmin 3. While the Nintendo rep I interviewed did say that the game would utilize the touch screen in some way, as of right now the game simply uses the tablet screen to display a simple map of the current level. The game also doesn’t use the WiiPad’s camera or infared/near-field communications abilities in any way.

But while Pikmin 3 doesn’t use the WiiPad’s biggest feature in any meaningful way, it still controlled well: like I said earlier, the WiiPad is much, much more comfortable than its cumbersome appearance would suggest, and within a few seconds controlling Captain Olimar with the tablet as natural as it did with the Gamecube controller a decade ago. The left analog stick naturally controls Olimar’s movement, while the right analog moves the camera. You move an onscreen pointer that you use to direct your Pikmin by tilting the controller: this felt weird at first, but within moments I got used to it and started commanding my Pikmin with ease and accuracy. Unlike a lot of Wii Motion+ games, it never felt like the gyoscope within the controller was inaccurate or got de-calibrated because of my movements. Pikmin 3 control’s on the WiiPad worked well.

The strange thing was, the game controlled better with the old Wii-mote and nunchuk combo. Anyone who’s played the “New Play Control” versions of Pikmin or Pikmin 2 on the Wii will immediately be familiar with Pikmin 3’s controls. The Nintendo rep was kind enough to let me play through the demo using both control schemes, and while the Wii U pad worked fine, the pointer-based controls with the Wii-mote worked even better. Being able to simply point to a target and click the A button to order my Pikmin around made the game move much faster than moving the pointer with the Wii U pad’s gyroscope, and despite being the premiere title for Wii U, it definitely feels like Pikmin 3 was designed with the Wii-mote in mind first, and support for the Wii U’s actual controller seems like it was added in later.

As for the game itself, it was a lot of fun. Like previous Pikmin games, the goal is still to collect all the debris and treasure within an area before the sun sets. As always, you accomplish this goal by amassing an army of cute Pikmin to do your bidding: you still use your Pikmin to defeat enemies and harvest food and treasure, and the game is still filled with all sorts of environmental puzzles that will require careful and clever command of your Pikmin to navigate. In addition to the usual red, fire-proof Pikmin and the aquatic blue Pikmin, Pikmin 3 adds in Rock Pikmin, who, as I mentioned earlier, specialize in breaking through hard objects like rock walls or enemy armor. The game’s basic formula in the demo doesn’t seem to have changed much from Pikmin 2, but Nintendo has revealed that the full game will require players to control multiple Captain Olimar-like Pikmin commanders (each with their own army of Pikmin) simultaneously, which should provide a new type of challenge for even veteran Pikmin players.

My extended demo with Pikmin 3 was a lot of fun, and now I’m really tempted to go back and replay the Gamecube originals. Pikmin 3 was definitely one of the better games that I played today, but it’s kind of odd that the Wii U’s best game (so far) doesn’t seem to require the use of it’s unique tablet controller (which is supposed to be the system’s big selling point) in any meaningful way. We’re definitely seeing a repeat of the early days of the DS with the Wii U: developers clearly don’t know what to do with the extra screen, so expect it to be relegated to maps or inventory screens until somebody figures out a truly innovative use for it. I’m not quite sold on the Wii U’s core concept yet, but if I do end up buying a Wii U, I know that Pikmin 3 will definitely be one of the first games I get on it.