Well if you were hoping to sit down for some old-school split screen action in Ubisoft’s Ghost Recon: Future Soldier, you better not get too excited. Apparently Amazon, a few other retailers, and Ubisoft’s own site have been promoting Future Soldier as having split-screen available for those who wish to play cooperatively with a friend or relative on the same couch. The original description on Amazon’s page said players would be able to “Play through the 12 campaign missions cooperatively online with up to 3 friends, or play on the same console and TV with the 2 player split screen mode.”Unfortunately for those who pre-ordered it, this function doesn’t exist in the game, and apparently Ubisoft didn’t tell anybody.

Normally I would say that this is Amazon’s mistake as retailers constantly put up misleading, or flat out wrong information. But according to Ubisoft, the mistake was on their online shop, as well as several other retail sites. In their official statement on the matter, Ubisoft offered their apologies for what they called “outdated information” on these sites, and have now had them all changed, removing any indication of split-screen action. The phrase “outdated information,” for those of you who need some corporate translation, really means “information we failed to update.” Split screen co-op was probably part of their original design, failing to update that information is the only real reason so many retailers would have the same incorrect information.

Growing up, two brothers I was friends with only purchased games that had some form of two player mode. In those days two player modes always meant split screen, but for them there was no point in playing if they couldn’t play at the same time. It may be a small piece of the market, but those looking for the ability to play split screen shouldn’t have to deal with the old bait and switch, which is exactly what this is. It may not have been intentional, but if even a few people bought the game expecting this capability, that’s a few people too many.

As promised, Ubisoft has made Amazon, and other retailers, aware of this mistake. Searching for the phrase “split screen” now only yields one angry consumer in the comments section, berating them for also writing it on the box. I guess that’s how these things are handled these days; if you bought the game for split screen all you’ve got now is half a game and an apology. There’s no word as to whether or not this will get patched or added later, which, to be honest, probably means that it won’t be. So be wary when pre-ordering fellow gamers, there is always the potential for a game to be changed before release.

Thanks to Keith for the heads up! 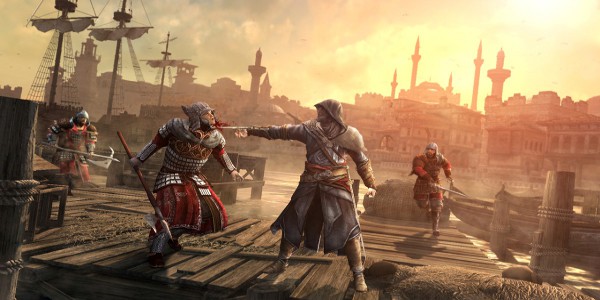