Introducing the Samsung Series 9 Ultrabook, designed with portability thanks a duralumin chasis. This is the same material used on advanced aircrafts and is twice as strong as aluminum. Why lug around a huge laptop when you can carry an ultrabook that weighs less than 3 pounds (2.88lbs) and is an thinner than a inch (0.62″-0.62″)? Mobility is nothing without speed which the Series 9 shows. With less than a 10 second boot time and a wake up time of 3 seconds, you no longer have to go to the washroom while waiting for your computer to boot up. Knowing that people like their bright screens, Samsung has  even bumped up the brightness of their ultrabook to 400nits!

Pointing out the chart below, you can see that the Series 9 has the top  PCMarkVantage score, although it averages on the 3DMark06 score. In terms of battery life, it has a 6 cell battery and from tests, it gets about 4 hours and 20 minutes of moderate usage. Samsung is currently advertising the battery life at 7 hours, but we now know that may be an exaggeration. With Samsung’s innovated PowerPlus charging technology, the battery lifespan lasts up to three times longer than the typical notebook battery.

You might be asking yourself what an SSD is when I mentioned it earlier on. Well, compared to your normal HDD used in most computers, the SDD boots up 60% faster. It also has a lower power consumption as well as being more reliable than the HDD which is prone to losing data because of its internal moving parts. Inside the Series 9 there are two 1.5 watt stereo speakers with HD Audio and a 1.3 MP HD Webcam on it. Moving into I/O ports, there is a micro HDMI input, 1 USB 3.0, 1 USB 2.0, a mic and headphone jack and a microSD slot.

There’s no point of a bright screen if you can’t see the keyboard in the dark. That’s why the creators of this ultrabook included a back-lit 81-key keyboard. The touchpad is even more impressive because it features a glass coating and image sensor which means no more cursors disappearing or jumping around on the screen. The multi-touch gesture pad is located in the center of the palm rest and includes 21 different types of gesture motions.

We all know that the next operating system that RIM … 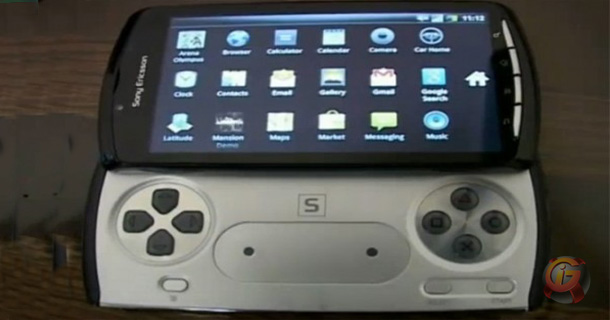 videos have surfaced showing the much rumored PSP Phone in …