Home
Console News
PC
Orcs Must Die 2! Will be Co-Op 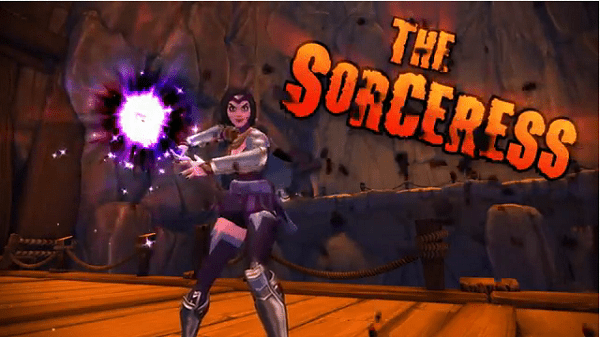 Today, Robot Entertainment announced the sequel to the quirky, third-person, tower-defense type game. The biggest and more interesting addition this time around will be the inclusion of co-op play. Killing orcs with friends will likely be far more satisfying than just a single sarcastic protagonist.

It was not specified whether this co-op feature will be online, local or both. I’m sure we will know more after PAX as it will be showcased there. In addition to the new mutiplayer there will be a host of new features would expect from any sequel.

Orcs Must Die! 2 will continue the story two days after the original and will introduce a new playable character, because of the multiplayer component, which is a “more nuanced” Sorceress. The War Mage from the first game is still present as well, hopefully with dialogue intact.

In addition to the new character there will be new enemies, defences, upgrade system and a completely revised spellbook. With the new upgrade system you can now earn skulls every time you replay a level, and the skulls can be spent on multiple persistent upgrades for each of your defenses. As a special bonus, players who own the original Orcs Must Die! on PC will unlock exclusive content in the sequel.

Orcs Must Die! 2 is coming to PC this summer as a digital download and presumably to XBLA around the same time.

[showhide type=”pressrelease”]PLANO, Texas – April 2, 2011 – Robot Entertainment today announced Orcs Must Die! 2, the sequel to last year’s AIAS Strategy Game of the Year. Orcs Must Die! 2 thrusts players and their friends back into battle against a terrifying mob of orcs and other monsters. With a redesigned spellbook, players will have a broader range of options to build a deadly arsenal of defenses. Investing hard-earned skulls in an enormous new upgrade system will allow players to cater to their favorite methods of burning, grinding, tossing, or dismembering orcs.

“In 2011, we implored players to kill the orcs,” said Robot Entertainment CEO Patrick Hudson. “As many as possible.  Yet, only 3.4 billion orcs have been slaughtered to date.  The only way we will get to a respectable orc death toll is by adding another killing machine and cooperative play.  Bring a friend and destroy the orcs!”

Orcs Must Die! 2 begins days after the ending of the original game. With the rifts closed and the magical Order dead, the War Mage finds himself suddenly thrust into a new battle against the mindless orc mob. He has a powerful, if questionable, new companion in the Sorceress, an ex-War Mage responsible for the destruction of the Order.

*         New Campaign – Orcs Must Die! 2 features a full campaign that you can play in single-player or with a friend in co-op. Choose to play the campaign as the War Mage, a headstrong hero who charges into danger, or play as the more nuanced Sorceress, a new hero who keeps enemies at bay with mind-control and magic.

*         More Enemies – An army of vile new creatures is set to pour through the rifts, and they’ve brought all of your favorite trap-fodder from the original Orcs Must Die! along with them!

*         More Defenses – Orcs Must Die! 2 has an enormous armory of new and classic defenses, including an all new assortment of magical trinkets. Use your new spellbook to buy defenses and upgrades the way you choose to, building up your arsenal based on how you play the game.

*         New Upgrade System – The skull system has been completely redesigned. You will always earn skulls for replaying levels, and the skulls can be spent on multiple persistent upgrades for each of your defenses.
Players wishing to add to the current 3.4 billion dead orc count can download the original Orcs Must Die! on Steam and other PC Platforms. As a special bonus, players who own the original Orcs Must Die! on PC will unlock exclusive content in the sequel.

Orcs Must Die! 2 is an action-strategy game that challenges players and their friends to team up and defend a world constantly under siege. Orcs Must Die! 2 will be available exclusively as a digital download on personal computers this summer. Players who want to get their hands on a playable version of Orcs Must Die! 2 can visit Robot Entertainment at booth 1172 during Pax East, which runs from April 6th to 8th in Boston, Massachusetts.

For more information about Orcs Must Die! 2, please visithttp://www.OrcsMustDie.com.[/showhide]

There is no game that I am more excited for … 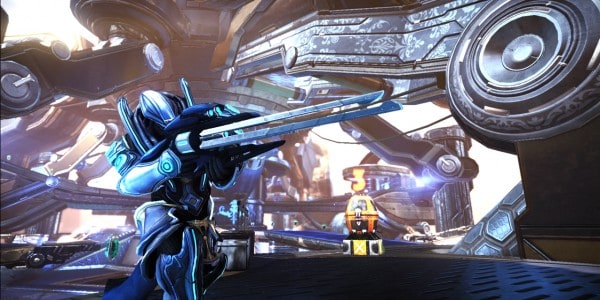