It turns out that not everyone at Omgpop, developers of Draw Something, was down with Zynga’s acquisition of their company. Even though they paid over $210 million to acquire Omgpop and offered jobs to their employees, one brave developer decided working for Zynga just wasn’t for him. Shay Pierce, an employee at Omgpop, and independent game developer, has turned down a lucrative paycheck and benefits to work at Zynga because “I’m not working for any employer with whom I strongly disagree.” Gamasutra is running a piece written by Pierce himself in which he explains the moral reasons behind his decision to bail on Zynga’s acquisition of his former employer, Omgpop.

Part of the reason Pierce refused a job with Zynga is due to the fact that he’s also an independent developer. Pierce designed and released Connectrode in 2011 on his own during his free time. Omgpop was ok with this, and the game was released on the Apple store. While the game itself didn’t do “terribly well” he was still proud of it, and even though “it’s not much” Pierce says “it’s mine.” Despite the game not really making any money, even at its peak, Zynga essential forced him to make the decision “Connectrode or a job with Zynga.” Even after drafting an addendum to the agreement with his lawyer, one that would allow him to continue developing a game he made on the side, Zynga didn’t budge, and neither did Pierce. If he wanted a job at Zynga he was going to have to give up the game he’d made from scratch, the same game he dedicated to his wife. So he said thanks, but no thanks.

I highly recommend reading his thoughts on the matter, while his wish to continue developing Connectrode was the main reason for his refusal it wasn’t the only one. He feels that Zynga is essentially a company that spends the majority of its time chasing short term gains at the cost of long term success, citing that this practice is essentially “evil.” He still has respect for the individual developers working at Zynga, but feels that their corporate attitude isn’t for him.

It’s refreshing to see someone take a stand for what they believe in, even if they have to pass up a well-paying job with benefits for a future of uncertainty. So while all of his former co-workers have now begun to work with Zynga and Pierce’s future is still uncertain, he maintains that it was the right decision for him, allowing him to “sleep soundly at night.” 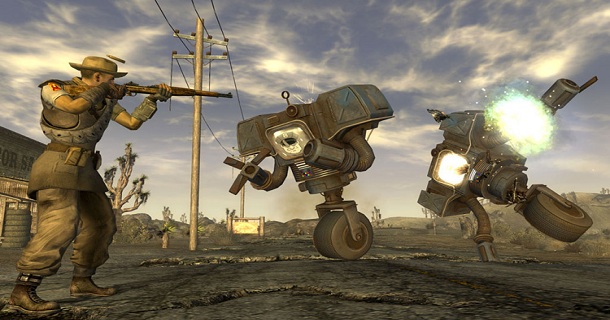 Bethesda has announced that after the release of Fallout New …