I feel I should preface this review by saying that I have not played any other God of War games before. So, if you feel I am wrong in my overall positive opinion of this game, based on the games in the series then feel free to share.

Now, I know I am sort of coming into the series at a bad point with Ghost of Sparta being the third game in the series chronology, but I never felt I was missing out on any of the previous story, except the reason why I(Kratos) was on a ship at the beginning of my five hour adventure. Though that seemed to hardly matter once I got into the game play.

I’m assuming that the combat is what many come to expect from other entries in the series and it works quite well on the PSPs single analog layout. You have upgradable light and heavy attacks, and the ability to grab enemies, jump and dodge. While the analog numb is used for movement, the D-pad is used for weapon switching and special abilities. It’s a fairly straight forward hack and slash game, with the camera following you intuitively so you aren’t muddling with some clumsy camera control, which is an issue with many PSP titles, which is why I this is one of the few games I actually completed for the PSP.

As Kratos, The God of War, you travel through various Greek locales, such as Atlantis, Sparta and Death’s Domain. It is a very linear affair, yet there is enough diversity in areas to keep it interesting, with plenty of off-the-beaten-path treasures. The visuals are also quite impressive for the aging handheld, filled with epic vistas of towering cities and lava waterfalls. 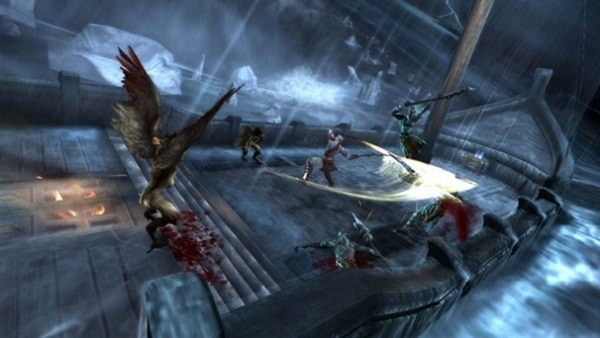 As you maim and slaughter enemies on your quest to find your brother, you gain ‘red orbs’ which are used to upgrade you weapons and the trio of magical abilities you acquire throughout the game. With each upgrade you gain more damage and occasionally an extra ability, but you’ll typically still rely on your Blades of Athena, which is your main weapon. If you are  the exploring type you will likely have all weapons and skills upgraded before the end of the game, as you come across some “hidden” red orb chests quite often. In addition to these orbs you will also come across unmarked chests which contain one of three items(Gorgon Eye, Phoenix Feather and Minotaur Horn) to upgrade your health, magic and flame power.

There is enough story content between bashing Cyclopes and Minotaurs to keep you wanting to learn more. Ghost of Sparta touches on Kratos past, as a child, which is enough to set up a reason for him to come searching his long lost brother. Ultimately though you will want to see what new creature or puzzle is in store for you around the next corner, as puzzle elements are common yet interesting, but simple enough to ensure the brutality of Kratos wrath is not interrupted for too long, which is essentially the entire premise of the series. 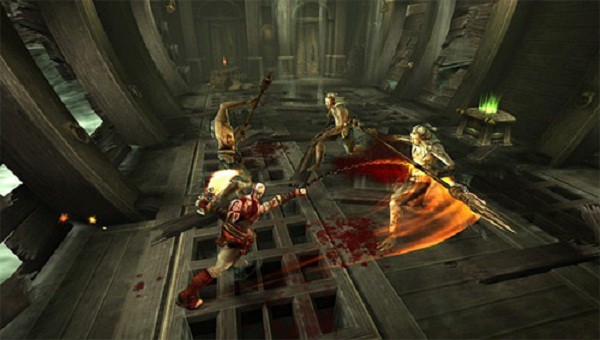 There really wasn’t anything I felt was missing from the game except perhaps some smoother graphics, but the overall presentation is complete and probably one of the best games I have played on the console.

With varied level design, intuitive controls, passable graphics and fun gameplay, Ghost of Sparta is a great game to pick up and play on a commute or great for someone who just wants a game to fill a few hours on a boring Sunday. There are even some unlockables after you beat the main game to keep completionists busy for a few more hours.On top of all this, I should mention that the PS3 God of War Origins collection makes it the definitive version of the game with higher resolution graphics and of course the ability to use a DualShock controller.

Oh, and there’s a sex mini-game, can’t forget that. 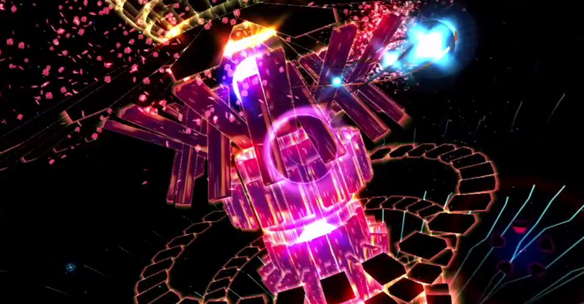 Welcome to one of the most beautiful and brightest games …