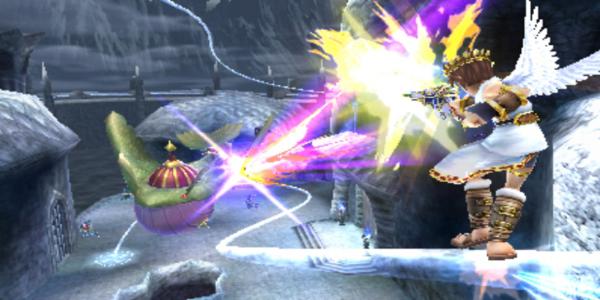 During last night’s Nintendo Direct livestream, company President Satoru Iwata spoke about some upcoming new features for the 3DS. The long awaited (and much needed) ability to download demos is now available on the Japanese 3DS e-shop, with Metal Gear Solid 3D, Resident Evil: Revelations, Theatrhythm: Final Fantasy, and Sega’s Rhythm Thief being among the first demos of full, retail games available for download. These demos are only available on Japanese 3DS’s at the moment, but it’s safe to assume that a similar selection of demos will hit the American and European e-shops sooner rather than later.

Some details regarding the oft-delayed and highly anticipated Kid Icarus: Uprising have emerged as well.  It was previously known that the game would support local multiplayer, but it was recently unveiled that the game would support worldwide online play as well; the competitive multiplayer mode supports up to six players, either in two teams of three, or a free-for-all deathmatch mode. Players will be able to join games that people on their 3DS friends list are already in, or send invites to friends as well. The game will also support random matchmaking for those of you without any friends.

It’s nice to see Nintendo finally start to offer online services on par with the competitors, even if it did take them almost a decade more to finally catch up. They’ve still got a way to go before catching up to the likes of PSN or XBL however; how about a firmware update to get rid of friend codes next? Or some details regarding (a hopefully more robust) online service for the Wii-U?

Shortly after the release of the newest Xbox 360 firmware …