It happens every year. Beyond Good and Evil. Rez. Psychonauts. Tomba.  Suikoden II. Ico. Great games get overshadowed by games with more hype or bigger advertising budgets, and years later gamers mourn their lack of success (or sequels) and end up paying out the ass on eBay for a copy of most of these games.

Now, I know you probably think you have enough games to tide you over until 2012. There’s been no shortage of great games lately; whether you’re still hunting dragons in Skyrim, tracking down those last few Riddler trophies in Arkham City, or saving Hyrule for the umpteenth time, I’m sure the only thing that most gamers lack right now is free time. 2011 has been blessed with some great, highly anticipated sequels and big budget blockbusters, and while I’m sure everybody’s still spending their free nights teabagging bro’s in Call of Duty or stabbing some jugulars in Assassin’s Creed, there’s still enough time left in the year to give some of 2011’s lower profile sleeper hits a chance.

Now, of course, there’s no way I could list every under-appreciated game that came out this year in one post, so this list isn’t meant to be a conclusive, all encompassing list of every worthwhile indie game or under-the-radar classic that’s out there, but rather, just five personal suggestions of games that I enjoyed that I noticed a lot of other people haven’t played. Also, there were some great indie games this year like Minecraft and Limbo that did manage to thankfully find an audience, and since this list is dedicated to games that you most likely overlooked, I didn’t put them on the list.

Shadows of the Damned 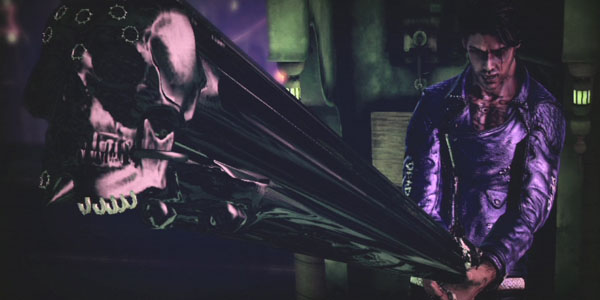 You’d think that a game that combines the talents of directors Shinji Mikami (creator of the original Resident Evil, director of RE4 and God Hand,) and Goichi Suda (Killer7, No More Heroes,) along with music from acclaimed composer Akira Yamaoka (Silent Hill) would’ve garnered more attention from the gaming community, but strangely enough, Shadows of the Damned was released this past June and pretty much nobody paid attention to it, including the game’s own publisher, EA, who quietly put the game out without any sort of promotion or advertising.

The game’s lack of hype was strange, but certainly not as strange as the game itself: Shadows of the Damned casts players as Garcia Hotspur, a demon hunter who must journey through the depths of Hell in order to rescue his girlfriend. While this sounds like a set-up for a horror game, SotD is decidedly light in tone. I’m not sure if Guinness tabulates such a thing, but if there was a world record for the amount of penis jokes made in one game, SotD would take the title by a wide margin. Every conversation is laden with double entendre’s, and even Garcia’s main weapon — a talking skull named “Johnson” that transforms into a variety of demonic firearms that shoot bones as ammo– is basically an excuse to use the word “boner” over and over again.  It sounds juvenile, and it honestly is, but SotD’s low brow humor was actually surprisingly funny to me, and made me laugh a whole lot more than a lot of other game’s forced, failed attempts at comedy (*cough* Duke Nukem *cough*).

But more importantly, Shadows of the Damned is simply a good game. Shinji Mikami shows off the experience he gained working on shooters like RE4 and Vanquish, and Goichi Suda’s trademark “punk” style once again infuses the game with all the personality and charm that many of this year’s bigger titles lack.  It’s a solid game that deserves your attention, and you can usually find it for around 20-30 bucks online, so there’s really no reason not to spend your holiday vacation on this wild trip through Hell. 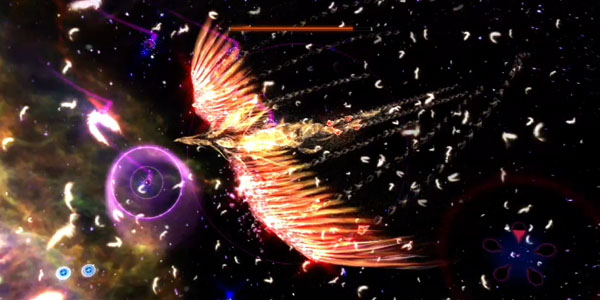 Released around the same time as Shadows of the Damned, Ubisoft and Q Entertainment’s Child of Eden also failed to generate much in the way of consumer interest, despite the game getting almost universally positive reviews from the press.  The spiritual successor to Rez, Child of Eden takes the basic established by that music-based on-rails shooter classic and expands it with a greater focus on rhythm and new, beautifully trippy HD visuals.

The main criticism levied against Child of Eden is it’s short length; like Rez before it, it can be completed in one sitting, but also like Rez, Child of Eden is the type of game you’ll want to play to over and over. Whether you go for high scores, or try to unlock everything, or simply want to hear the game’s amazing music again, there’s plenty of reasons to keep playing Child of Eden after your first play through, and those who complain about the game’s length are missing the point entirely: saying you’re done with CoE just because you saw the ending is like saying you “completed” Street Fighter because you beat arcade mode. There’s a lot to see, hear, and do in Child of Eden, provided you have an open mind and a taste for old school shooters. 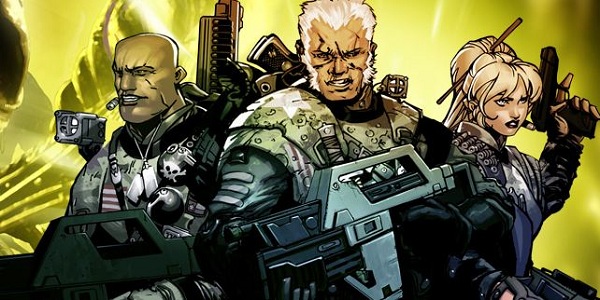 It seems weird to put a licensed game on a list like this, but Aliens Infestation was likely passed over by many gamers because of two things: 1. it’s a licensed game published by Sega, who doesn’t really have the best track record for these kind of things, and 2. it’s a game for the original DS, which, while still one of the most successful systems of all time, has long since dropped off the radar of most “core” gamers.

But Aliens Infestation is far from your usual Sega licensed garbage, and it’s also substantially better than most of the shovelware that the DS has been getting in its twilight years. Developed by WayForward Technologies, the same band of 2D geniuses who created the Gameboy Color sleeper hit Shantae as well as the recent Bloodrayne Betrayal for PS3 and 360, Aliens Infestation is an Aliens themed take on Metroid — ironic, seeing how the original Metroid was inspired by the Alien movie — that gives you control over a squad of colonial marines as they explore the derelict wreck of the Sulaco, the setting for the film Aliens.

As in Metroid, you gain new skills and items as you progress that allow you to explore more of the game’s vast, non-linear setting, but unlike Metroid, you’re not some nigh-invincible bounty hunter armed with every weapon under the sun. Rather, you’re given a team of marines, who while tough, are definitely outmatched against the hordes of xenomorphs they must fight through, and when one dies in the game, you permanently lose one of your team. You can recruit more marines by exploring the Sulaco, but the threat of perma-death for one of your favorite characters is enough to fill Aliens Infestation with the same sense of dread and anxiety that characterized the films. 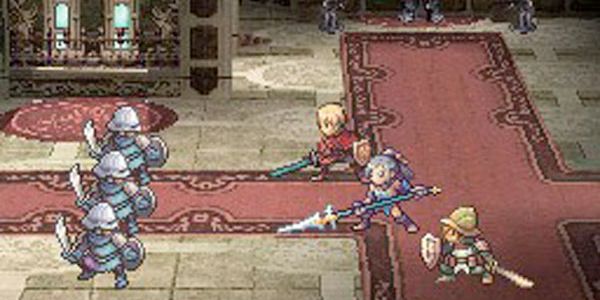 With good J-RPG’s being something of a rarity of consoles nowadays, most fans of the genre have turned to handhelds for their fix, and with good reason: while Japanese development has struggled to gain a foothold on the HD consoles, they’ve flourished on the DS and the PSP, and some of the best RPG’s of the last five years have appeared exclusively on handhelds. Of course, this means that many gamers in the more console-centric West have missed out on some great modern classics, and out of all the great J-RPGs to appear on the DS and PSP over the last few years, there’s no greater traditional RPG experience than Atlus’s Radiant Historia.

Like all-time genre classic Chrono Trigger, Radiant Historia is a story about time travel.  Unlike Chrono Trigger, however, time travel isn’t just a story element used for thematic purposes, but rather, an integral part of the gameplay: each choice you make in Radiant Historia creates a divergent timeline, and the game gives players the freedom to go back and alter each event as they see fit, and like Chrono Trigger, RH features multiple endings that’ll demand several playthroughs from completionists.  If it sounds overwhelming, it kind of is, but Radiant Historia’s loose interpretation of the space-time continuum allows for one of the best stories to ever appear in a game, handheld or not. Couple that story with a beautiful art style that even manages to retain its charm on the DS’s small screens and ancient hardware, as well as an accessible but strategic battle system and you simply have one of the best J-RPGs since… well, Chrono Trigger.

The Binding of Isaac 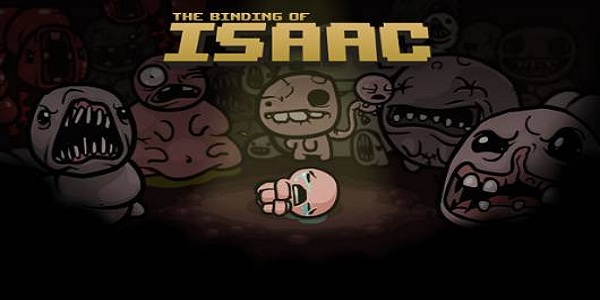 The other games on this list failed to garner mainstream attention because of a lack of advertising support from their publishers, or because they came out for an old system. The Binding of Isaac, an indie game available on PC from an apparent (?) two man team consisting of Edmund McMillen and Florian Himsl, is none of those things, and just from looking at it, you can tell that its definitely not, nor was it ever intended to be, a “mainstream” hit.

The Binding of Isaac tells the story of Isaac, a young child who must fight his way through his basement, which is infested with monsters, other abandoned children, and also Isaac’s own mother, who is trying to sacrifice Isaac because of a message she supposedly received from God. Yup, like I said, definitely not mainstream.

But Isaac’s dark premise and strangely cute presentation mask it’s highly polished, old-school style gameplay, which mixes elements from The Legend of Zelda, rougelikes, and 2D overhead shooters into a strangely compelling, action-RPG with enough content (8 randomly generated levels and enough loot drops to keep even the most ardent Diablo or PSO addicts happy) to keep you busy for much longer than you would expect. While it’s definitely not for everyone, at only $5 on Steam, The Binding of Isaac is a low-risk venture worthy of your time, provided you have an open mind. 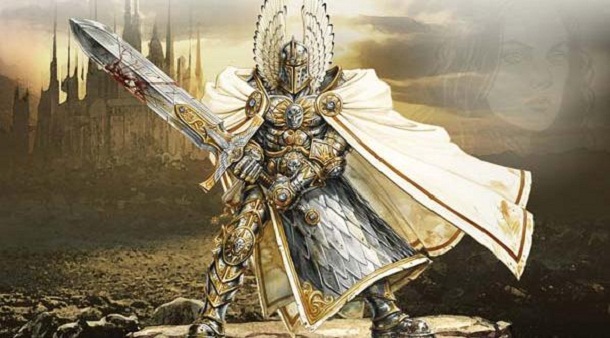