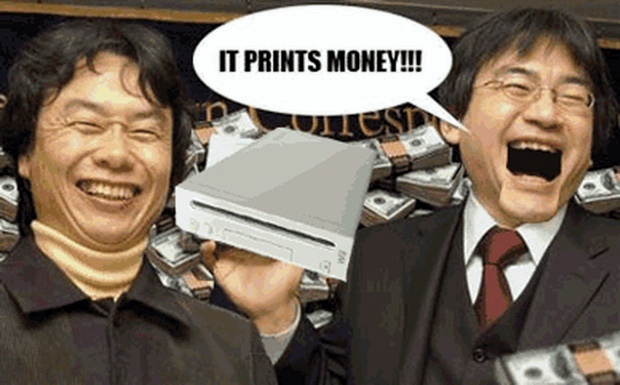 With Nintendo recently posting their first unprofitable quarter ever, along with the 3DS’ lack of traction and the Wii’s… well, lack of anything, there’s been a lot of doom and gloom regarding the Japanese gaming corporation’s future.  However, sales data from the last week seems to disprove all the internet rhetoric about the company’s supposed impending collapse, as Nintendo is touting this past Black Friday as part of their most profitable holiday season ever, with the Wii inexplicably continuing to sell, and with the latest Mario and Zelda games predictably selling very quickly.

The most surprising news to come out of sales numbers for this past Black Friday was that the Wii managed to sell over half-a-million systems in just one day, which is crazy to me, considering the system only really has one good game this year (though, that one game happens to be a helluva game.) Not surprisingly, The Legend of Zelda: Skyward Sword seems to be selling at a one-to-one ratio with new Wii systems, selling a half-a-million units in its first week of release. Now, while that’s a far cry from say, Call of Duty’s blockbuster release, that’s still an extremely impressive and fast rate when compared to most other games, and it’s even more impressive when you consider that it’s a game for a system that’s pretty much dead in the eyes of most gamers.

The 3DS also subverted negative expectations by increasing sales by over 300%, and Nintendo of America President Reggie Fils-Aime told reporters that the system is on track to outsell the original DS’s first year sales. While it’s doubtful that the system, or any other dedicated gaming handheld really, will ever achieve the popularity of its predecessor thanks to increased competition from gaming apps on smart phones, its starting to seem like the proclamations of the 3DS being dead-on-arrival were a little premature. As with Zelda, the new Mario title, Super Mario 3D Land, seems to have a part in driving sales of the system, and also managed to sell half a million units within its first week or release.

If nothing else, I hope that the success of Zelda and Mario proves to Nintendo that if you release “core” games that your audience wants, it’ll result in sales.  Yes, I’m still bitter about The Last Story and Xenoblade. I loved Skyward Sword, but now that I’m done with it, it’d be cool if Nintendo gave me a reason to hold onto my Wii in the future. (Yes, I’m aware of how dirty that sounds.)

Some MMO games, for some reason, think that users that …