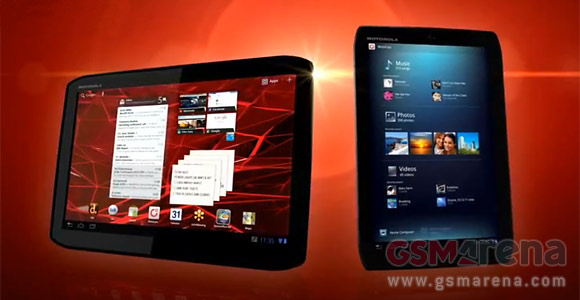 It was highly anticipated that Motorola will soon release a successor to the XOOM tablet. But as a sequel to the honeycomb-run tablet, Motorola launched two versions of XOOM 2 – XOOM 2 and XOOM 2 Media Edition. The new twins in the market have slimmer designs than XOOM and they have stark similarities to the RAZR look. As of now, they are available in Wi-Fi versions only.

The makers have attempted to make genuine changes to XOOM. One of the most noticeable changes added to XOOM 2 is that it weighs approximately 131 grams less and is also considerably thinner; whereas the display measures in at 10.1 inches. It also has a special coating to prevent anything unwarranted from damaging the device. It has 1 GB of RAM and an in-built storage capacity of 16 GB. It is yet to be seen whether it can be expandable by a Micro SD card. However, the camera in this device is a letdown. The same 5 megapixel camera at the back now has only one LED flash. In the front, the camera is only 1.3 mega pixels, down from 2 megapixels. The battery is sturdy and gives you a web browsing stretch of more than ten hours at a go with stand by time of more than a month.

This new tablet has a display size of only 8.2 inches. The XOOM 2 Media Edition (ME) has the same specifications when it comes to RAM, Storage, Camera and Processor. Motorola claims that because of the reduced size, the battery size and life will be slightly reduced. The Media Edition gives six hours of continuous web browsing and a week and a half long of playback, says Motorola.

These two devices are powered by the Android Honeycomb 3.2 Operating System and should see British and Irish stands by mid-to-end November.