The Kindle Fire, from Amazon has recently taken the world by storm because of its low pricing and this seems to have led its competition, Barnes & Noble (right from the ebook reader days) to seemingly accelerate the release of its own tablet, the Nook Color 2. Rumour has it that this device will be released on November 7th and will potentially be called the Nook Color 2 but there is every possibility of a new name. The new version will allegedly have a revamped processor and a better screen and will be touched up with some modifications in design.

With the Kindle Fire all set to be shipped on November 15th for a mere $199, the question of the pricing of the Nook Color has been raised quite often by analysts. This low price will definitely force Barnes and Noble to lower the price but to what extent? It is believed that at $199, Amazon is in a loss on every Kindle Fire, which costs about $220 to build. That being said, there is a good chance that the new Nook Color will cost around $249 but with superior specifications to the Kindle Fire though even a $300 price tag will not be surprising.

Usually, this would mean that the original Nook Color be phased off the market but sources say that the company has plans to keep both products going keeping the original Nook Color at the same price as the Kindle Fire. Ideally, the new Nook Color will have several technical advantages over the Kindle Fire, especially in terms of storage space. The Kindle comes with a mere 8GB without any possibility of expansion. If Barnes and Noble can tap into this, it just might emerge victorious in the tablet department after years of fighting with Amazon. 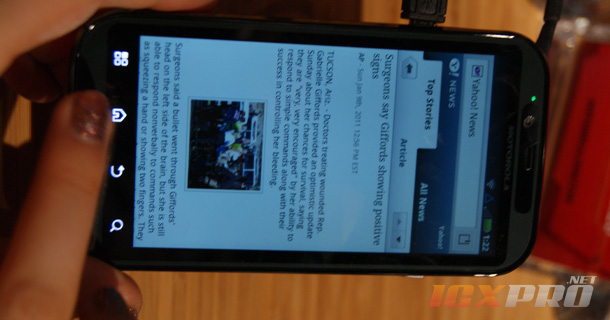 Verizon is adding yet another Droid into their family, and …