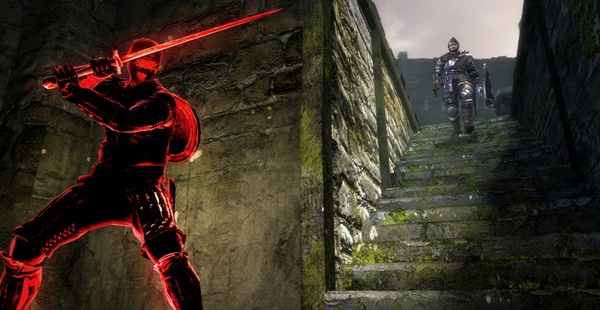 Etrian Odyssey, Rondo of Swords, and Dark Souls, all of them games notorious for their difficulty. What other games are popular and notoriously hard? I Wanna Be The Guy, Super Meat Boy, Touhou, La Mulana, Battletoads, and maybe Final Fantasy 12 and the Devil May Cry series. I’ve played all of these to completion at least once and the high degree of difficulty is what keeps me coming back.

Let me run some of these down. Etrian Odyssey, a traditional-style dungeon crawler published by Atlus, has an excellent soundtrack, and a very nice amount of character and monster designs. The gameplay? Very simple, input the commands, everyone takes their turns. The story? Very simple, nothing special at all. What however makes the EO series stand out is the high degree of difficulty with monsters that will rip you apart, and bosses that turn into a race of “Kill them before your extremely expensive healing items are used up”. Is the series popular despite its niche? It is, getting increasingly-better scores with each entry, with the third having 9/9/8/9 from Famitsu despite being, in the end, a very simple game series in the modern era.

Rondo of Swords, a turn-based strategy game that has an element completely different from most games of the genre, and that is the ability to attack multiple opponents on a single move. The difficulty is in both the AI and their ability to attack multiple targets at once on their turn, meaning advancing too closely to the enemy can have disastrous consequences as each party member is assaulted. The gameplay itself is interesting, but lackluster, but at the same time has a level of cult popularity because of its extremely high difficulty putting off many gamers. Though it got average to good reviews, and heavy criticism of its difficulty, there was a good degree of agreement that the level of accomplishment from when you finally beat a level was worth the effort.

Those are two examples of games that are not as deep as most JRPGs, or have gripping storylines, or many battles on an epic scale, however, anyone who has played the recent Dark Souls will know that it’s a very difficult and very challenging game, one that will make you strengthen your belief in a higher power when you find a small edge. Despite its high reviews, the game has a handful of bugs, collision errors in spades, and some downright BS levels of difficulty, but the high level of challenge the game provides keeps the gamers coming back and adamant to finish off the monstrosity between them and their goal, breaking out champagne when they finally beat it.

I’m a gamer who has been playing since the early 90s, and let me tell you, games of that era were quite brutal in not telling you exactly what to do for most of the era, and some design ideas would make your jaws drop in appallment, such as a monster in the first dungeon that randomly appears near a key item capable of doing heavy damage on its turn, every turn, to everyone, and they appear in pairs. Those who grew up on the NES had it worse. It can be debated for pages at a time on a forum whenever some of the difficulties were poor design choices or outright sadism.

Games that are a genuine challenge seem to get a much more different kind of following than easier ones. I used to be quite a wimp when it came to games, and abused cheats to where I had gained enlightenment to how a game works internally. Now, I find that I’ve lost interest in many games that I have because I find them too easy (without cheating mind you), and when I go back to them, I decide to do them without leveling up, only using initial equipment, or putting on more outlandish restrictions on myself to slake my thirst. Games of this modern era have often been criticized for being too easy or being outright accused of holding the player’s hand all the way through.

The games I mentioned at the start of the article all have one thing in common: They are bastard hard, also called Nintendo Hard due to the sheer difficulty of old Nintendo games. Another thing they have in common is that you have either heard of them, or played them. The advantage of a game with high difficulty is the length of time it takes to complete. If someone completes a game within a few days, they’ll probably trade it in at Gamestop for another one, someone will pick it up used, and it has passed through many hands. Even though the opinion of piracy’s effects on the loss of sales can be debated, used games is not debatable.

I think that with Dark Souls’ popularity along with the high ratings of the Etrian Odyssey series’ latest entry, we’ll be seeing more games with ever-increasing degrees of difficulty trying to one-up another, creating games where an entire battle has to be planned out from the start, and the tactics not being a mere afterthought on the part of the player when he realizes that he’s up against a challenging foe. Games where you accomplish something and do the Guru Dance of Joy and the victory cry of your people.

Steve Jobs, the former CEO of Apple Inc. passed away … 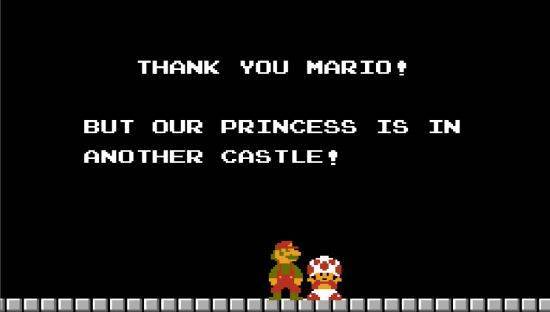