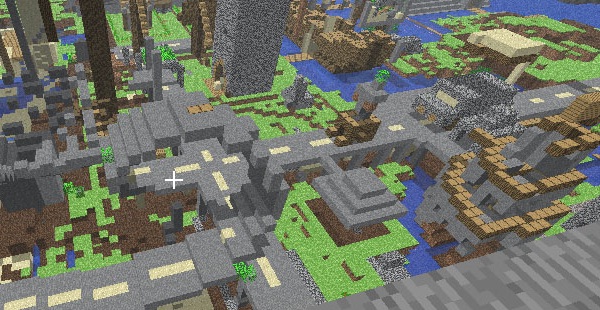 Markus Persson, creator of the sandbox game Minecraft has given out details on the XBox version of Minecraft. When asked by IGN about how the 360 version would work, Notch said this.

“The 360 version with be a new product based of the PC version of Minecraft. It will be designed to work better on a console and to focus on the types of experiences you expect when playing games on a game console. As an example of something that will change, the crafting needs to be done completely different. The current type of crafting with a game controller would be about as fun as name-entry is.”
Notch went on to say he was making sure he was in the loop about everything to ensure that the game is something you can turn on, and see the game that people are talking about, so the 360 version wont be hideously stripped down and a mockery of the original.

It’s possible that the 360 version will focus more heavily on gameplay rather than building. Anyone who has worked a map editor on a console, even for simply-mapped games like Yu-Gi-Oh: Duelists of the Roses, or more elaborate ones like Tenchu 2 on the PSX knows that creating a map is an incredibly tedious and boring task. Playing Minecraft with a controller would greatly multiply the time needed to create just about anything.

When asked about whenever Minecraft would be released on the PS3 or not, he simply said he was instructed to not comment on that and give IGN a poorly-drawn scribble of a sheep instead. He had stated that if he had originally intended for Minecraft to appear on consoles, he wouldn’t have developed Minecraft in Java. The idea itself came from the requests of players and some business deals.

The folks over at Bethesda decided to unwind after completing …