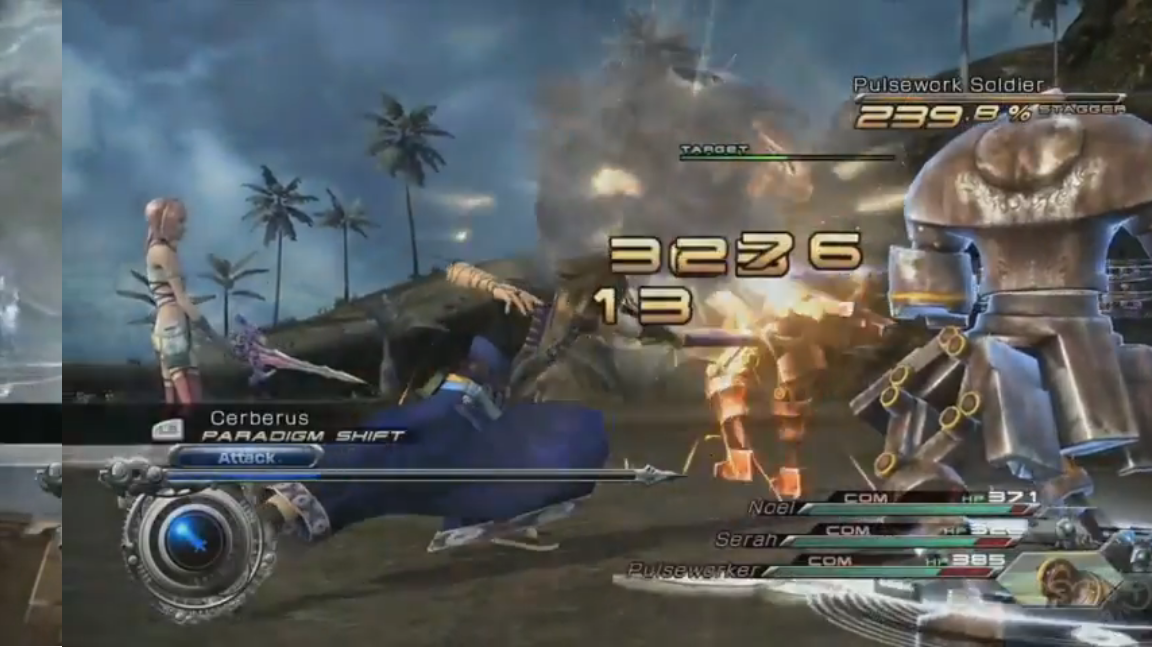 Final Fantasy XIII was a strange game: people either liked it or hated it, and I found myself personally conflicted about it, as I absolutely loved some things about it but abhorred an equal number of it’s other traits.  Despite Square-Enix positioning it as the beginning of the “Fabula Nova Crystalis” product initiative, it’s reputation among die-hard fans of the series remains mixed at best. Regardless, the game sold about a bazillion copies, so Square did the logical thing and are now following up their most divisive game with a hopefully more crowd pleasing sequel.

The E3 demo puts players in control of Noel, the apparently new main protagonist of this game, who’s joined by Sera, the younger sister of the original game’s main character, Lightning.  While Square says they took fan complaints into account when making XIII-2, one area they obviously ignored was the character design: Noel is obviously  part of the same androgynous, pretty-boy loner archetype that J-RPG’s seem intent to recycle and reuse with every game, and the game’s other characters are all examples of Tetsuya Nomura’s now self-parodying art style of belts and zippers.  This art style was fresh in 1997, but thirteen years later and its beyond cliche.

Still, while the story may end up following into the same anime tropes, nonsensical philosophical pretentiousness, and just plain confusing plot twists that characterized the original XIII, the game itself looks to be a marked improvement; the original XIII was heavily criticized (and rightfully so,) for being overly linear: It’s clear that Square recognized this as a valid complaint, because the locale available for exploring in the XIII-2 demo was large and far, far more open than most of the areas within XIII, and contained multiple, branching pathways and god-honest town area, both of which were sorely missing from the original XIII.

But while Square seems eager to change certain aspects of XIII in order to make it more palpable for everyone, they wisely decided to keep the two things that I liked best about FFXIII — it’s battle system and it’s music.  The Paradigm Shift battle system returns, and hopefully Square will now give you full access to all of the system’s features without handicapping you for half of the game.  While the battle system remains mostly the same, the demo introduced two new features: the first was the addition of a third, monster character to Noel’s battle party, hinting that the game may have a Pokemon/Dragon Quest like ability to recruit monsters to fight on your side, and two, many of the game’s attacks now require the completion of a QTE in order to connect: it sounds like a minor addition, but it makes the already fast-paced battles even more frantic.

The soundtrack likewise does not disappoint, as it’s once again composed by Masashi Hamauzu, who’s work on the beautiful, intricate score for the original XIII should’ve elevated him to the level of reverence given to previous Final Fantasy composer Nobuo Uemastsu.  Regardless of how you felt about XIII as a game, there was no denying the quality of it’s music, and the new tracks Hamauzu composed for the demo seem like XIII-2 will once again provide a soundtrack that’s worth listening to for the expected 40+ hours you’ll spend with this game.

Despite being the newest entry in one gaming’s most popular franchises, there was no wait to play the demo of XIII-2; obviously, a lot of people have already dismissed the game before even playing it.  I wouldn’t recommend doing that, because based on the E3 demo, XIII-2 has the potential to be the game that XIII should’ve been, or at the very least, a game that minimizes the problems of the original and that will hopefully reinvigorate the now tarnished reputation of the franchise. 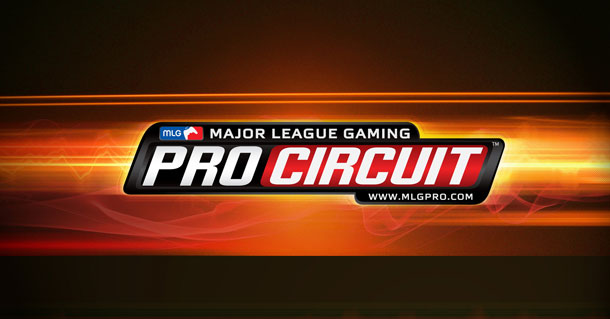 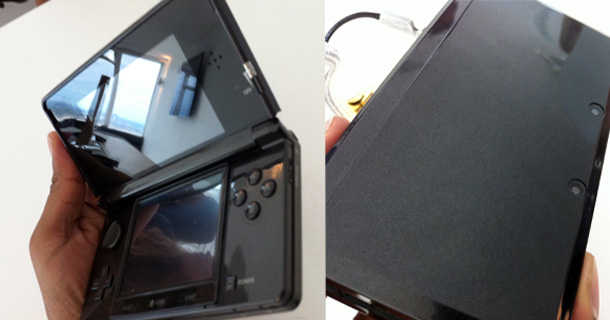