Home
Gaming News
Duke Nukem wont cross the line, it will dance on it.

The head of Gearbox, Randy Pitchford, has announced that Duke Nukem Forever will push the boundaries of what is considered “adult entertainment”. The badass master of one-liners was already controversial in previous years over content, and they plan to turn it up to 11.

When he was asked in a brief interview if standards in games were more lax now than they were in modern times, he talked about self regulation in the industry and then said “Technically we still are, with ERSB and PEGI, but we’ve set those establishments up to manage their own priorities. Their job is to inform us of what’s in our the game with such precision that our governments are happy. They take their jobs very seriously, and as a consequence there’s a line. If you cross it, you’re considered adult. If that happens you won’t be sold in stores. Duke will dance all over that line and push it, and maybe the line will move. Entertainment is always pushing back the boundaries and if culture accepts that, the line moves. And if it rejects it, the line goes back a bit. I think right now the lines are moving out and the boundaries are getting further away.”

Like how the game Manhunt, movies like Hostel, and the anime Dance in the Vampire Bund all pushed boundaries and pushed them incredibly hard, Duke Nukem Forever being one of the most anticipated games for well over a decade. Randy claims it would take an Act of God to prevent the game’s release in June. 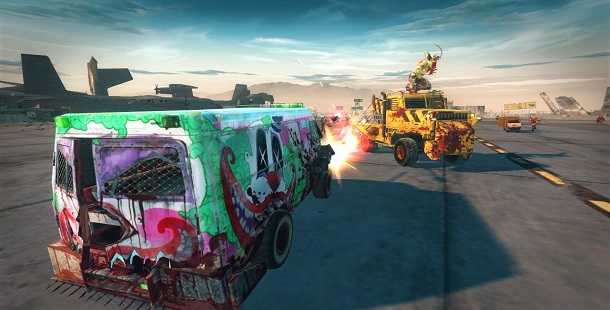