Home
Reviews
Wii
Batman: The Brave and The Bold Review 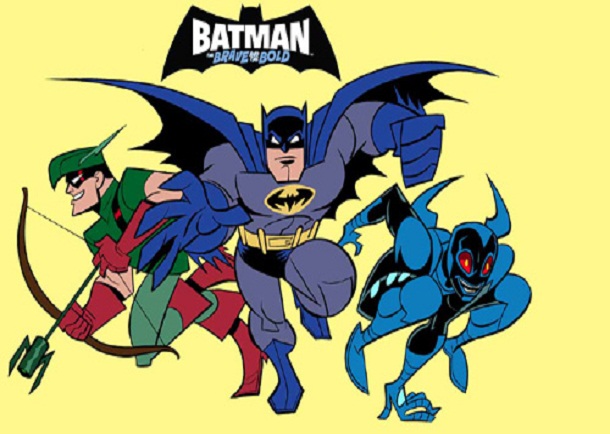 In case you didn’t know, Batman: The Brave and The Bold is actually a pretty good show.  I know, it doesn’t look like it:  At first glance it looks like Batman for preschoolers, but give it a chance:  It’s combination of campy, tongue-in-cheek humor,  self-aware writing, and willingness to poke fun at the occasionally all-to-serious DC Universe make it one of the funniest, and just plain fun to watch, cartoons in recent memory.

In many ways, the videogame adaptation of The Brave and The Bold for Wii perfectly captures the same appeal as the show:  Like the show, I think a lot of people will dismiss it before they even know anything about it; after all, it’s a licensed game on the Wii.  It’s not very deep, it’s not perfect by any means, it’s certainly not the best Batman game out there (‘sup Arkham Asylum,) and it’s definitely not for everyone, but for those willing to give it a chance, it’s actually pretty goddamn fun.

The game is developed by WayForward, a company best known for releasing the under-appreciated (and now very expensive on eBay) Gameboy Color sleeper hit platformer Shantae.  Anyone who’s familiar with WayForward’s output knows that they’re obviously fans of classic 8 and 16 bit games, as most of their games are filled with absolutely beautiful 2D spite work and pixel art, and The Brave and The Bold is another prime example of their reverence for retro games… But unlike most of WayForward’s mostly stellar output, The Brave and The Bold is a rather uneven (if still a mostly pleasant) experience. 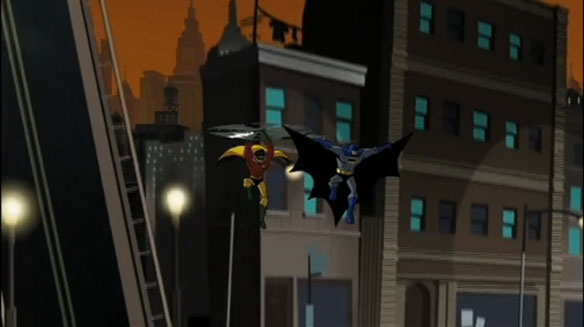 Like I just said, the team at WayForward are absolute masters of 2D spite work, and The Brave and The Bold is another showcase for the company’s artists:  Every single character in this game, from Batman to the lowly thugs he brutally beats down, are all drawn and animated with incredible smoothness and consistency; all of the characters in the game look and animate with as much fluidity (or perhaps even more so) as they do in the actual cartoon show.

Unfortunately, the visual presentation of the game is marred by some rather bland level designs.  For example, while the first “real” level (following a tutorial level and a short intro level against Two-Face,) has Batman and Robin travelling to a variety of different, visually interesting locations throughout Gotham, the second level more or less consists of a series of bland looking caves and blue hallways.  I understand that the simple background art is another facet of the show’s presentation that was carried over accurately into the game, so I’m not faulting it for that, but it’s rather obvious that certain areas in the game were given more attention towards their aesthetic design than others, with some locations being varied and interesting (CAT MUSEUM!) and others being as bland and repetitive as the scrolling backgrounds in an old Hanna Barbara cartoon.  Adding to this visual inconsistency are the times when the game decides to forego the 2D backgrounds it usually uses in favor of the occasional area made using rather primitive (we’re talking PS1 level) 3D polygons, which look so bad that it’s actually kind of distracting.

The gameplay itself is a bit of a mixed bag as well:  It’s certainly not bad, in fact, it’s actually pretty decent, but there’s a definite, pervading feeling that the developers were either rushed or simply felt the need to simplify the gameplay as a concession to the show’s all ages audience.  At it’s core, The Brave and The Bold takes a cue from the classic Sunsoft developed NES Batman game and reinterprets Batman as a old school, side scrolling 2D action game with platforming elements.  There’s nothing terrible about the gameplay per se; Batman controls well, and the simple combat and platforming are done will enough that they never feel frustrating or ill-designed.  It’s all rather competently made, but therein lies the problem:  The gameplay is simply competent– not offensive, but not astounding either– and seemingly never aspires to be anything more than that.

To put it simply, the gameplay is rife with missed opportunities: While Batman and company have a surprisingly rich repertoire of moves, you can defeat most of the regular enemies in the game by simply spamming his basic three punch combo over and over again.  Batman has a variety of combos, throws, super attacks, and even the ability to launch enemies into the air for juggles and air combo’s, but there’s never really any incentive or even a need to use any of these abilities.  Likewise, Batman’s trademark arsenal of gadgets are all available to you within the game, and can even be upgraded, but instead of using Batman’s tools for clever puzzles or integrating them into the game’s combat or platforming, each of Batman’s gadgets are only used in very specific situations to say, unlock a certain type of door or clear a specific obstacle or enemy.  Boss fights are the one exception to this; they’re usually clever, memorable set pieces that make clever use of Batman’s abilities, but they are unfortunately few and far between. 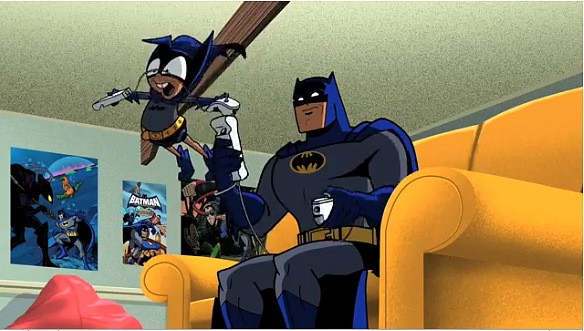 But despite the utilitarian gameplay, there is only very important element of The Brave and The Bold that elevates it from being merely passable and turns into a genuinely fun experience:  the writing. Batman and whatever hero he’s teamed up with for the level deliver a near constant stream of back and forth banter, and nearly all of it is hilarious. Every character that shows up, from the deliciously Adam West-y Batman to even the characters that only make incidental cameos, like Aquaman, are absolutely dripping with personality and almost always have some amazing quip or sound bite to say.  A lot of games have tried to be funny, but the results are usually about as funny as a terminal diagnosis ( Disgaea,) or, at best, manage to illicit a chuckle now and then but never a genuine laugh (Telltale’s episodic Monkey Island games,) but The Brave and the Bold manages to capture the same campy humor as the show and pulls it off with aplomb.  I haven’t laughed this much at a game since Tim Schafer’s Psychonauts.

So while The Brave and The Bold’s gameplay is just good enough to keep you from turning off the game in boredom, the game’s (mostly) solid art and absolutely great writing and dialogue will keep you entertained, and (provided you’re cool enough to appreciate the humor,) grinning from ear to ear the entire time.  The Brave and The Bold is certainly worth more than the sum of it’s rather mixed parts, but like the show it’s based on, it certainly isn’t for everybody.  At the very least, it does manage to supplant expectations by becoming the first, and possibly only, licensed Wii game that’s actually worth playing.  The Brave and The Bold is a must buy (especially considering how cheap you can get it for,) for fans of the show or of the DC Universe in general, but is only a marginal recommendation for everybody else.

Tokyo Crash Mobs’ cute and quirky presentation will make you …

Electronic Arts yearly installment of their Need for Speed Hot …