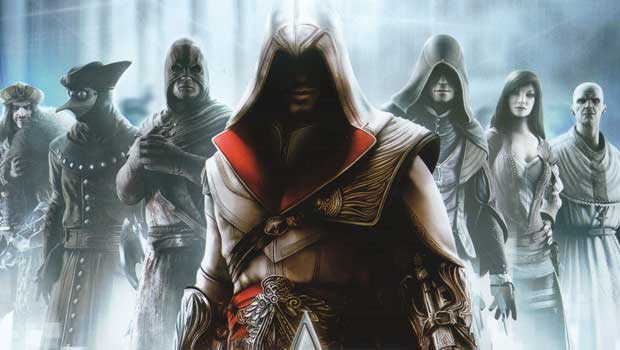 I’ve had a tumultuous relationship with the Assassin’s Creed series: I hated the first game and thought it was completely overrated, but it’s sequel was such a massive improvement that I fell in love with it instantly and consider it one of my favorite games of all time.  Now the third console entry in the series has arrived, in the form of Assassin’s Creed Brotherhood, and the results are… Well, I believe the phrase that best sums up Brotherhood is “One step forward, two steps back.”

Or rather, “one big leap forward and two steps back,” because the one big addition that Brotherhood makes to the Assassin’s Creed franchise is pretty substantial: a dedicated multiplayer mode that not only manages to incorporate the core elements of the previously single player-only series into a cohesive, competitive experience, but it also does so with remarkable aplomb.  Gamers tired of half-assed, tacked-on multiplayer modes that seem like afterthoughts (*cough*Bioshock 2*cough*) would do well to give AC Brotherhood’s multiplayer are try.  Not since the innovative Spies vs. Mercs mode in Splinter Cell have I played a multiplayer mode so innovative, unique, and addictive.

To dumb it down to its most basic elements, AC Brotherhood’s multiplayer is almost like a modern, amped up version of Hide and Go Seek– each player chooses a character, and is then assigned another player to assassinate (likewise, there’s also another player who’s assigned to try and assassinate you).  Your goal is to kill your target before the person that’s assigned to hunt you down kills you, and while that sounds rather straightforward, the actual matches in game are anything but: Stalking your target through the crowds of NPC characters that populate the game’s open world style online arenas, all while suspiciously watching your back against any players that are hunting for you, creates a level of pure tension and paranoia that I’ve never felt from a multiplayer game before.  More over, it’s a game that actually genuinely rewards skill and tactful planning rather than pure reflexes; knowing when to strike, when to run and hide, and how to successfully blend into the crowd are all just as important as being quick to react.

The one flaw in AC Brotherhood’s multiplayer isn’t a gameplay issue, but rather one of infrastructure: To put it simply, the matchmaking and net code in this game kind of sucks.  Finding an open match takes far too long than it should, and while the gameplay itself is good enough to keep you coming back for more, be prepared to spend just as much time sitting in loading screens while the game looks for other players to set you up with.  It’s an issue that publisher Ubisoft promises will be fixed with future patches, but as it stands right now, the extended periods of downtime between matches are rather annoying.  It’s not enough to detour me from playing the game, but it’s definitely an issue that needs to be resolved soon.

And now for the “two steps back” part of Brotherhood: the single player campaign.  While the multiplayer is great and all, the solo campaign has and always should be the core experience of an Assassin’s Creed game, and unfortunately, Brotherhood doesn’t reach the same lofty heights as it’s predecessor did.  Where as AC2 was absolutely great from start to finish, Brotherhood delivers an undeniably less consistent and less polished experience that manages to bring back many of the flaws from the original Assassin’s Creed that I hated back in 2007 and find even more appalling now.

The major failing of the original Assassin’s Creed was in how restrictive the mission design could be at times: deviate at all from how the developers intended you to complete a mission and you were generally either killed or forced to restart the mission. AC2 corrected this by having much more flexibly designed and open missions that tailored themselves to your play style: whether you wanted to use the series’ trademark parkour-inspired acrobatics to skillfully sneak up on your target or simply hire a group of mercenaries to help you mount a frontal assault, most missions in AC2 adapted themselves to whether you wanted to play things aggressively or stealthily, all while managing to maintain a fair level of challenge throughout.

Unfortunately, some of Brotherhood’s missions are built more in the style of AC1, meaning you’ll rely on trial-and-error rather than skill to complete some of the more frustrating challenges in the game.  You’re almost guaranteed to be forced to restart missions over and over again as the game penalizes you for not doing everything exactly as the developers intended, or because you failed to understand some obtuse (or simply unstated) mission parameter that was never clearly communicated.  It’s frustrating to play through, and even more frustrating to see the series return to the style of lazy level design after improving so much with previous game.  Here’s hoping Ubisoft realizes there’s a problem with these levels and corrects them for the inevitable Assassin’s Creed 3.

But as bad as Brotherhood can get in certain missions, not all of the challenges in this game are bad:  the game, at times, manages to recapture, and even (in a few rare moments) surpasses my beloved AC2 at times with cleverly designed, fun missions that build upon everything that was great about previous entries in the series.  But that almost makes the bad parts even harder to swallow, because if anything, Brotherhood’s biggest flaw is it’s inconsistency; I’d say a good 70% of the time, the campaign is just as good as AC2 was, but then there’s that other 30% that’s just kind of terrible.  I have to wonder if having the team split their resources between designing the campaign and the multiplayer mode is what caused this sudden drop in quality for the single player, but regardless of what happened behind the scenes, Brotherhood manages to deliver an overall marginally good, though definitely not great, solo campaign that, while entertaining, doesn’t come close to being as memorable or as enthralling as AC2 was.

And that’s probably why this game is called “Brotherhood” and not “Assassin’s Creed III,” because I’m sure Ubisoft wants to the next numbered entry in their premiere franchise to be something as special as AC2 was, and well, to put it simply, Brotherhood isn’t quite it.  While the multiplayer is a blast and the solo campaign has it’s moments, it’s regressive design and inconsistent execution make it’s relegation as a “side story” more understandable.  It’s a good game when taken on it’s own merits, but it’s also a game that never manages to step out of it’s predecessor’s shadow.  While I enjoyed my second trip through the memories of protagonist Ezio Auditore (easily my second favorite Italian in videogames, behind a certain plumber,) Ubisoft definitely needs to step their game up just a notch if they’re going to prove that AC2 simply wasn’t some kind of wonderful fluke. 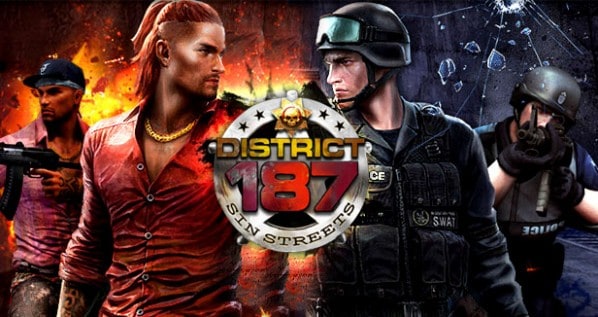