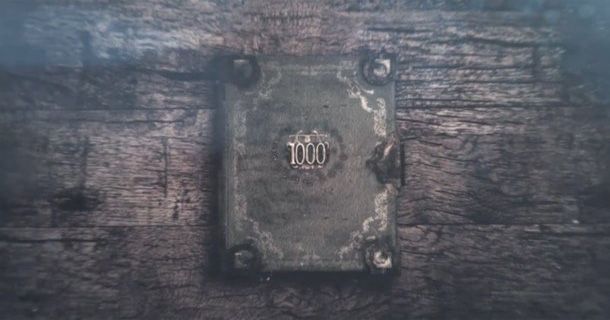 RedLynx’s Trails HD is one of the top games on Xbox Live arcade as well as a favorite of mine, I have not heard of what they have been doing recently and decided to see what they were upto. The company recently posted a mysterious trailer to a new iOS game it’s developing. The title of the trailer has not been announced but, if it doesn’t have “1,000” in the title then they say it far to often in the trailer.

The game promises 1,000 stores to uncover, 1,000 heroes to discover, 1,000 relics to discover, a journey through 1,000 years, and perhaps the most unique thing about this game is that it’s supposed to last 1,000 days! It’s just insane everything that they are trying to pull off on a mobile game, though I think it’s waste of time because no one is going to just use their phone straight for 1,000 days. Replacement rate is 700 days or less.

According to the trailer, the game’s map will be completely new each time you play on it. To add to the 1,000 number I guess we just have been given 1,000 reasons to be excited for this game and look forward to future updates!

If you want to keep an eye on this project, here’s the official site

It was only a few weeks ago that I wrote …