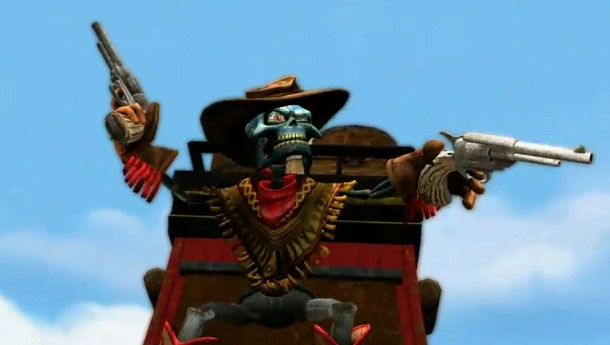 Twisted Pixel has been in the news a bit more lately not only because of their incredible talent and work on Splosion Man, but also because of the recent  maXplosion scandal. Now, they have unveiled a their latest working title which many developers would be hard-pressed to adapt for the mobile market. Gunstringer is a Kinect title built from the ground up.

lead designer of Rock Band 3 Dan Teasdale had big ideas when he left Harmoix to work with Twisted Pixel and this is one of his brain-children.Teasdale explained the game follows the titular character on a quest for revenge, with levels and in-game objects all designed as though they were an elaborate puppet show. For example, the Gunstringer‘s steed is a pencil shoved through an empty spool, with a felt-and-string horse head bouncing at the end of a coiled spring stuck in the pencil’s eraser.

As for gameplay, Teasdale suggested it would feature a mix of styles, including on-rails shooter sections and side-scrolling platformer bits. He also emphasized that The Gunstringer would control differently from the standard Kinect game.

“There are no minigames, forced gestures, or end of level photos of you in your underwear here,” Teasdale said. “You can play it sitting down, which is great if you just want to play and relax rather than burn crazy calories. Most importantly, you can aim and move with precision not seen in any of the Kinect launch titles and with a speed and feel that’s just not possible with a traditional controller.”

Sounds like it would be a blast as I am a great proponent to sitting down to play my games. 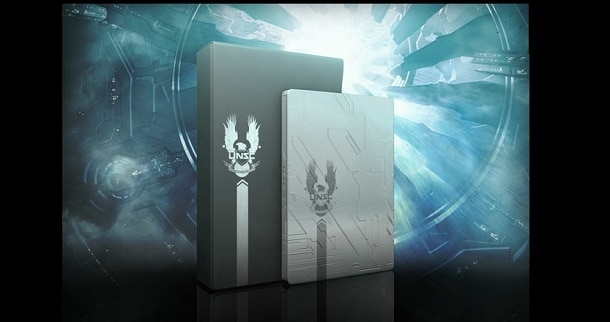