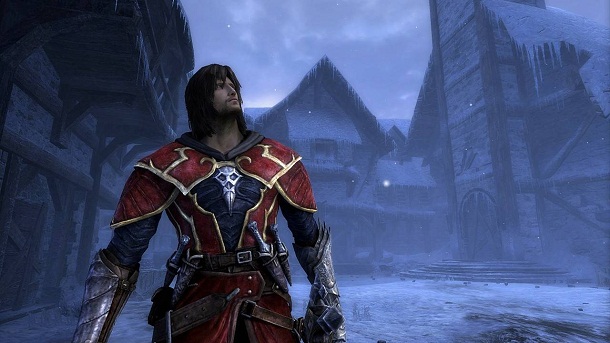 Up until now 3D action Castlevania games have not only been a critical failure but a commercial one as well, though it hasn’t stopped Konami and other smaller companies from trying their hand at the gothic epic; the first being Castlevania for the N64, though enjoyable it didn’t live up to what is still considered the best in the series. Castlevania: symphony of the Night.

Instead of going in to a Castlevania history lesson as you, the fans, already now the ups and downs of the titular series, I will just dig into what makes Lords of Shadow worthy of its entry.
For many this was simply touted as a departure from the Castlevania series as a whole, primarily for it not having the expected RPG elements and it also removed Dracula as the traditional end boss. This inevenitably caused many people to write it off without even giving it a chance, the better of them at least attempted the demo of the game before making their choice. It is shame that they missed out on a game that is more than could be represented in a simple demo or even in a written review for that matter. 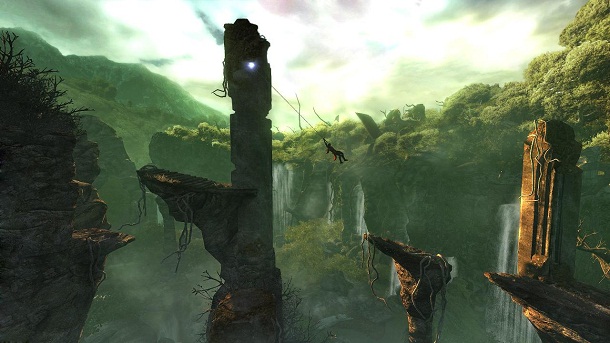 I have always been a huge fan of the side-scrolling RPGs and the portable versions have all had multiple playthroughs by my hand, but I am not one to write off a game that tries to be something fresh and new. MercurySteam did just that, they breathed new life into Castlevania, by starting fresh.
The first aspect many would notice when jumping into the action is the gameplay style, that many have likened to God of War or other beat’em up titles of this generation.It is not until you really get into the meat of the game that you realize how much weight and depth there is to most used mechanic, the combat. You aren’t simply swinging your whip, wildly button mashing to finish off your enemies, you actually have to consider each combo, attack, or magic ability to eradicate your foe as quickly as possible as they don’t just stand what for you to attack. 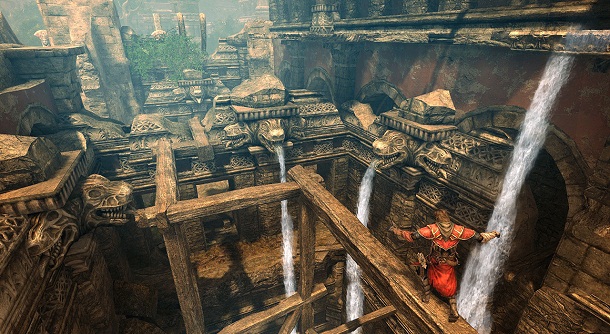 There is an entire list of unlockable skills and abilities that grows and you gain more relics, many become necessary to master to even get past the smaller enemies near the end of the game. The most important being the use of light and dark magic which are used to ether heal yourself or double your damage respectively. Not only do they change what your whip does but also how 3 out of 4 of your sub-weapons work as well. One prime example is activating your light magic before using a holy water flash to generate a temporary shield while damaging the enemy.
Though fighting is a major part of gameplay it was very clearly not the only focus of the developers as there is a very hefty amount of platforming and puzzle elements to be enjoyed as well. The platforming consists mainly of scaling walls to get to the next action sequence, but they hardly feel like a tacked on after thought to prolong the game, in fact there is no real artificial length or filler in this game. You will always be presented with new challenges and new ways to traverse with your whip.
A Castlevania would not be complete without beautiful artwork and landscapes and this title will certainly not disappoint, and I would go so far to say it is only the most beautifully artistic games released in this generation. If you can disagree with that statement after venturing through Pans Temple then I would love to know what games you are playing. The lighting, textures and level design are all vibrant crisp and unique, in fact every level is so different and distance that you will almost never feel like you are replying a level as you progress. 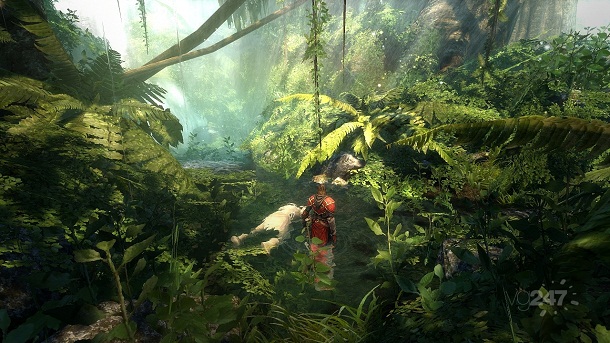 So, I have spouted about how great the gameplay, graphics and design choices were but this is no perfect game and it does have some minor but noticeable flaws. My main qualm with the game is not so much a technical issue more just a personal preference and that is the lack of enemies, more specifically the lack of classic Castlevania enemies that have been included in the other 3D releases. There were a few new enemies and every single boss is brand new to the series, but it was the enemies were part of what made Castlevania so memorable.
The second glaring issue with Lords of Shadow is the loading screens, which includes Patrick Stewart voicing the character Zobeck as he seemingly stalks Gabriel Belmont throughout his adventure. It wouldn’t even be so terrible if the writing was better, but is just came off as a poor attempt at old English speech mixed with a more modern writing style, which does not mesh well. The load times weren’t that terrible but I they could not be fast enough when I had to endure Patrick Stewart’s attempt at Sean Connery’s voice every time I died.
Speaking of dying, I hated how when you have to reload from a checkpoint it not only defaults to no so you have to wait 3 seconds to select yes, but you also have to sit on a loading screen again. I should say that I did not install the game to my hard drive but I have a feeling that it does not decrease the load times significantly. This was increasingly frustrating a particularly hard boss as I felt I was spending half the battle on a loading screen. 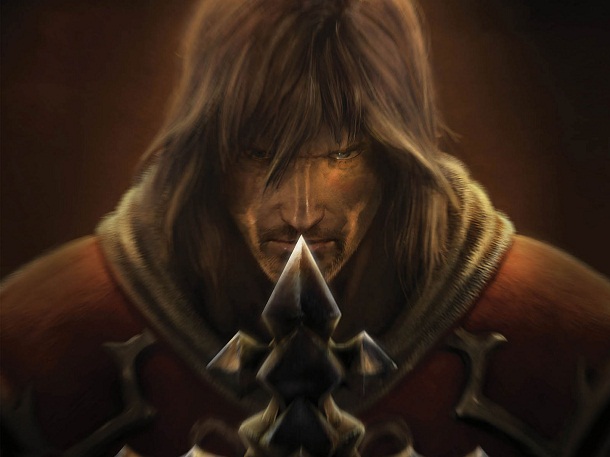 Now, if you skipped my long-winded explanation of the games up and downs and just wanted the score, then I shall sum it up by saying this: despite having poor writing, a barely held together story and frequent loading; Castlevania is an epic, fun and beautiful game worthy of the amazing line-up of games in 2010 and certainly worth owning for any Castlevania fan or otherwise.
Score: 8.5/10 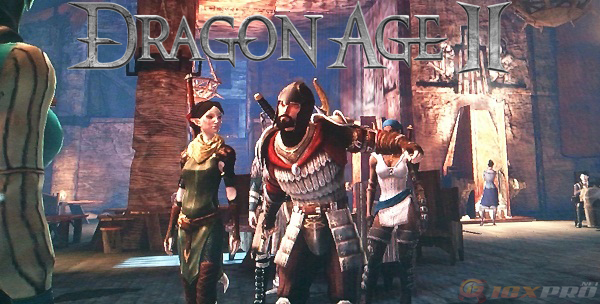 A little over a year had passed between the release …