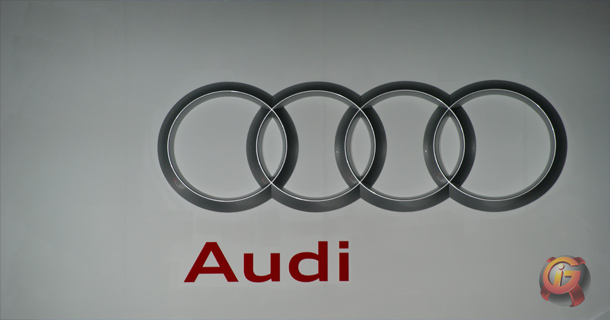 While watching I, Robot, one could only imagine what sort of car experience we would be able to experience in the future. If you are a really observant viewer, you may also have noticed that the movie had a deal with Audi. It was only fitting that this year at CES, James Cromwell from I, Robot would be the one to introduce this panel.

While sceptical, and even a bit cynical, I must admit that electric cars weren’t at the top of my list of things to expect or see this year. But low and behold, there it was, possible the most beautiful all electric car I had ever seen in my life. The Audi eTron Spyder concept car is magnificent, going from 0-60 mph in 4.4 seconds. 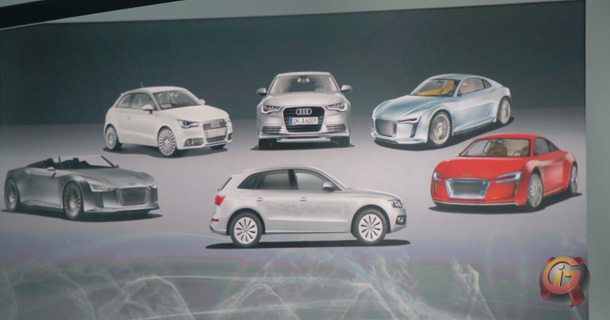 However, as beautiful and amazing as this car sounds to be, it wasn’t the car that really caught my attention. It was the attention to technology the people at Audi had for these future cars. They took the idea of an Internet mobile and used it for conceive the idea for the auto mobile. With their venture partner, Google, passengers can now browse and email while on the road.

“The new technologies are present in concentrated form in the optional Bluetooth car phone online. Its centrepiece is a UMTS module housed in the head unit of the MMI navigation plus. A roof aerial for communication assures a stable connection. The module method of High Speed Downlink Packet Access (HSDPA) achieves a very fast UMTS date transfer speed of up to 7.2 MB per second; encryption using the WPA2 standard guarantees high security. In areas with poor UMTS coverage, the UMTS module switches over to EDGE connectivity technology, which uses the GSM network.” 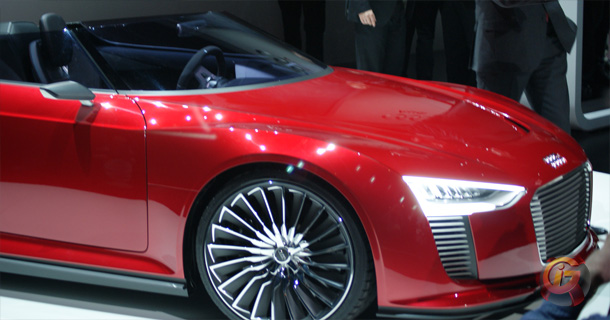 What made some of the new prototypes from Audi so futuristic, however, was the test vehicle that can drive itself. See where I am getting with the whole I, Robot thing? They aren’t trying to take away your driving experience, they are just trying to make it that much safer for those on the road.

Lastly, they mentioned how they have partnered with nVidia, using their Tegra chip to power their three navigation systems with Google maps and earth. With the same sort of technology that is currently being used for this years “super phones”, they house dual core processors that are the size of a dime.

What they didn’t acknowledge at all during this conference? Their pricing. We can all only hope that when they release these cars, we have the funds and means to afford them. So start saving now! 🙂

Switching from a full desktop to a laptop or a …