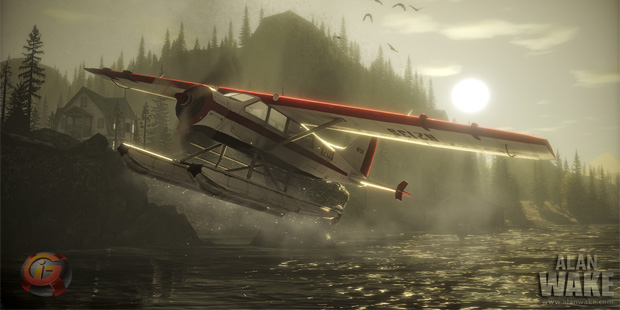 2010 has been a great year for videogames.  This year has seen at least two or three great games for every genre and every system, so regardless of your personal taste or preference in platform, it’s almost guaranteed that you found a game this year that you absolutely loved.  Of course, with all of these big, high profile releases it’s inevitable that some games will fall through the cracks and fail to get the attention they deserve.

For me, Alan Wake was one of those games.  I heard about it when it came out this past summer, and I read all reviews from the professional games press than almost unanimously recommended it.  But 2010 was, as I stated earlier, a prolific year for the games industry, and somehow the game slipped off my radar and I didn’t remember to pick it up until I saw it on sale just before Christmas.

I’m glad I did, because Alan Wake has gone from being an impulse buy and has become one of my favorite games of the year. 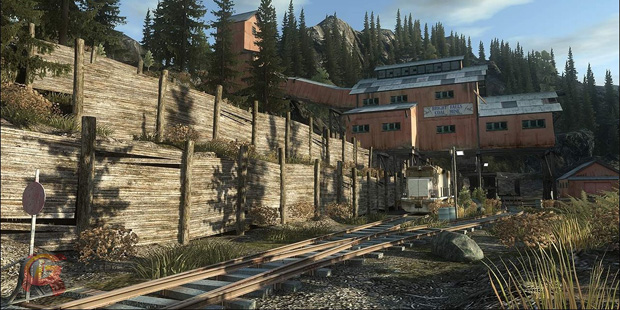 Alan Wake is a horror-action hybrid, much like Resident Evil 4 or Dead Space.  The titular character of Alan Wake is a famous writer who has recently been afflicted with a long-term bout of writer’s block that has put a halt to his once prosperous career.  In order to escape the stress of his job, he and his wife take a vacation to Bright Falls, a secluded mountain town in the American Northwest, with the hope that a little peace and quiet will allow Alan to write again and ease the strain on his failing marriage.  Obviously, being a horror game, the town of Bright Falls isn’t quite what it seems, and through a series of (weird) events, Alan finds himself facing a hoard of shadowy monsters by himself.

Now, while the set up may not sound particularly interesting or original, the way the story is told and paced is impeccable, and Alan Wake easily has one of the most enthralling and genuinely well-written stories seen in a videogame.  Where as most survival horror games have stories and characters culled directly from 80’s B-movies or ideas recycled from Japanese horror (the amazing Silent Hill 2 being the exception, of course,) Alan Wake feels a bit more subtle and nuanced, and it goes a long way into making the characters feel real and believable.  The game is broken up into episodes, with each episode beginning with a recap of the previous episode’s events, and then ending with a title card a-la Lost, usually accompanied by music from the game’s surprisingly awesome soundtrack, which includes songs by Roy Orbison, Depeche Mode and David Bowie.  Yes, it’s a weird combination, but somehow it works, and all helps the game to perfectly nail that serialized, Lost/Twin Peaks t.v. show vibe it’s going for.

But of course, a good story can’t carry a game by itself, and Alan Wake manages to deliver with quality gameplay as well.  Regardless of how you feel about it, there’s no denying that Resident Evil 4 revolutionized the horror genre when it incorporated shooter-elements into the traditional survival-horror game, turning what was once a genre famous for slow-paced, awkward mechanics and obtuse puzzles and transforming into something far more accessible, visceral, and exciting.  Alan Wake is one of the many games to follow in RE4’s footsteps, and it perhaps  moves the balance even further away from the traditional survival-horror games of old and is even more of a shooter than RE4 or Dead Space are.

The enemies in Alan Wake are people and objects that are possessed by a “Dark Presence,” a Lovecraftian horror that is impervious to traditional weaponry but can be harmed by light; so while Alan possesses the usual survival horror arsenal of guns like pistols and shotguns, he also has to carry around flashlights, flares, and flashbangs in order to survive through the night.  Enemies must be exposed to light before they can be finished off by traditional weapons, and this unique twist is exploited cleverly through out the game.  While basic enemies can be taken out with a combination of Alan’s flashlight and guns, the game often puts you in situations where you have to make clever use of the light sources around you, such as using a spotlight almost like a mounted turret to mow down hoards of charging enemies, or frantically trying to start up a generator to turn the street lights back on as you’re surrounded.  While the game isn’t exactly scary (more on that later,) the combat manages to be satisfying in the same way most shooters are: It’s arcadey, fast fun, and while that may be antithetical to the atmosphere that the game is trying to go for, it is very entertaining. 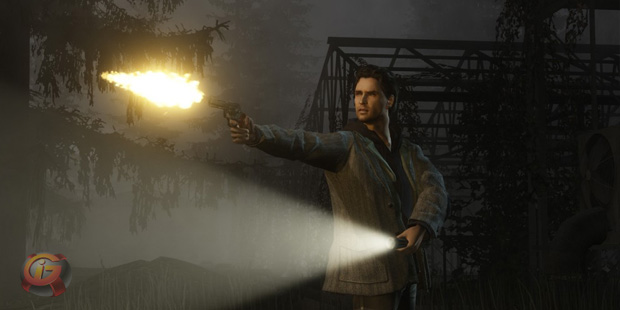 A lot of critics would argue that for all it’s improvements, RE4 took away the “scary” elements out of survival horror games.  Personally, I’ve never felt that survival horror games were scary in the first place, and I much prefer the tense, strangely enjoyable, stressful atmosphere of modern horror games, like RE4 and Dead Space, over most of the more traditional horror games.  Unfortunately, this is an area where Alan Wake kind of stumbles: Both RE4 and Dead Space, despite their lack of scares, created a tense atmosphere through a scarcity of ammo coupled with the feeling that you were almost always just one mistake away from being completely overwhelmed by the enemy.  By comparison, the city of Bright Falls is liberally peppered with ammo boxes and supply caches, so despite almost always being outnumbered, you’ll never have to worry about running out of ammo or being ill-equipped for a situation, which kills some of the tension and sense of challenge.  As I mentioned before, the combat in this game is quite entertaining, and there’s nothing more satisfying than blasting your way through a crowd of possessed monsters, but the lack of tension or danger kills the feeling of horror that the story is trying to impart. If you’ve played a lot of this type of game before, I would really recommend kicking up the difficulty to Hard or even Nightmare, as Normal mode will be a complete cake-walk to anyone who’s beaten the previously mentioned Dead Space or Resident Evil.

Overall though, Alan Wake’s interesting story and accessible gameplay make it hard to put down, and while the game isn’t particularly long, it was so good that once I beat it I immediately started a second playthrough on a higher difficulty.  Alan Wake garnered a fair amount of press when it was released but apparently hasn’t sold very well (which is a damn shame, mind you), so you can probably pick it up for $30 or less at this point.  But really, Alan Wake is worth it any price and really deserves to be played by everyone, because while there are games that are scarier or have deeper mechanics, Alan Wake manages to be more than the sum of it’s parts and is simply one of the most enjoyable, memorable experiences I’ve had all year. 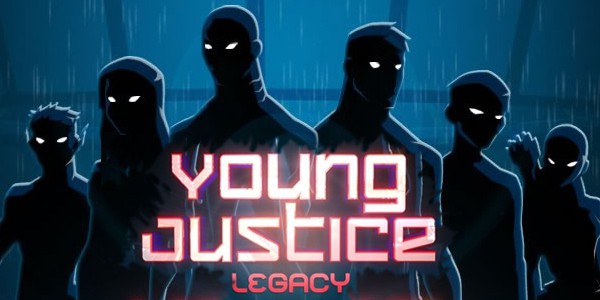 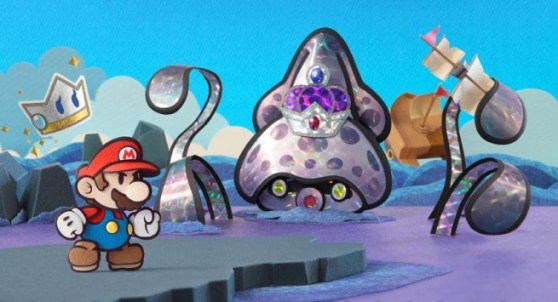 Mario’s latest RPG adventure is lacking both the charm and …