Just over six months after Command & Conquer 4: Tiberian Twilight shipped out, the next installment in the storied strategy series has been unveiled. Speaking last week to industry trade site Gamasutra, EA Games general manager Nick Earl revealed that a new entry in the series is in the works.

Very few details were actually released; however, Earl said it was “pretty far out” for the release of the next installment of the game. It’s unclear if the title will stick to the series’ real-time strategy roots or be an action spin-off. It was also unclear which internal developer was crafting the next entry in the franchise, which has been historically developed at EA’s Los Angeles studio. There have been some conflicting reports to the possibility of another studio “Visceral Games” was going to take over. EA has now confirmed that the new game is in the works at EALA and not Visceral.

“A Command & Conquer game is in the earliest stages of development by a team located in Los Angeles,” a stated “Though not part of Visceral, this RTS team reports to Nick Earl, General Manager of EA’s Action/RTS group. Command & Conquer is a long-running, wholly-owned EA franchise that we continue to invest in.”

The last Command & Conquer game, Tiberian Twilight, effectively ended the GDI vs. Brotherhood of Nod storyline, which began with the original Command & Conquer back in 1995. C&C4 is set in the year 2062, when Earth becomes so completely covered with the toxic (yet energy-rich) mineral known as Tiberium that the human race is in danger of extinction. In the face of this threat, the longtime enemy factions join forces against a common foe.

I am interested to see where they go with the new game since it’s been my favorite RTS and I was under the impression it was going to be over forever and after playing C&C4 I am hoping it is nothing like that and they go back to “Generals” and “Tiberium Sun”. Let me know if you feel the same way! 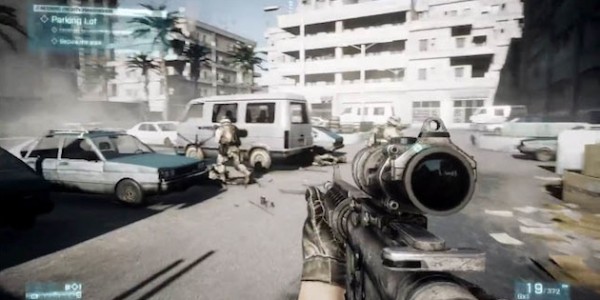