The Wii doesn’t exactly have a stellar reputation, at least as far as “hardcore” gamers are concerned; while it’s opened up gaming to a new segment of the population that previously dismissed it, it’s library of casual games and… well, honestly, terrible, barely-playable shovelware has more or less alienated Nintendo’s traditional fan base from the system.  Nintendo recently seems to have recognized the issue, and this year the Wii has had more “core” focused releases than perhaps in all it’s previous years combined; between stellar updates to classic franchises like Super Mario Galaxy 2, the mature themed No More Heroes 2, or the addictive Monster Hunter Tri, Nintendo seems to be using 2010 as an apology for neglecting their core fanbase for so many years.

Of course, outside of Mario, none of the games I mentioned sold particularly well, meaning that Nintendo’s attempt to recapture the hearts of disenfranchised, butt-hurt core gamers may be too little, too late.  Still, even if they don’t set the sales charts on fire, all of those games I just named were genuinely good despite the apathetic reaction from the gaming populace, and likewise, Nintendo’s most recent attempt at making amends, Sin and Punishment: Star Successor is another great, hardcore-focused title that will again go sadly unnoticed by most.

Sin and Punishment: Star Successor is developed by Treasure, a company who’s reputation within the hardcore gaming community is unmatched.  Best known for creating Genesis classic Gunstar Heroes, they’re also the geniuses behind the legendary arcade-style shooters Ikaruga and Radiant Silvergun.  Their games are pretty much the antithesis of what your average Wii game is: They’re hard as hell, always have pixel-accurate controls, they’ve got depth, and they always exude style and personality. 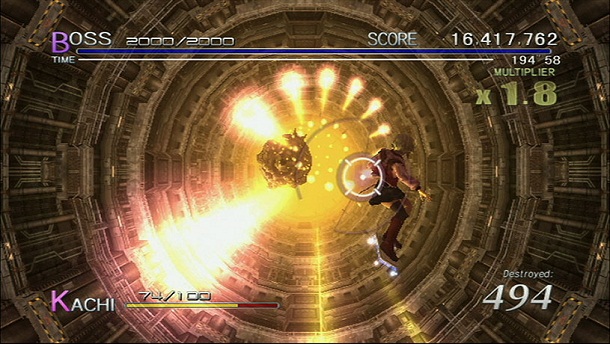 And Sin and Punishment manages to retain all of Treasure’s trademark qualities; most notably, despite being on Wii, this is definitely not a casual game.  The game is a sort of mix of elements of Star Fox and Treasure’s own Gunstar Heroes; while the game is constantly moving forward on rails like Star Fox, you have complete control over your chosen protagonist (either the male Isa or his partner, Kachi, both of whom require wildly different play styles,).  The Wii’s analog nunchuk controls the movement of your character, while the Wii-mote’s pointer allows you to aim and shoot independently of the direction your character is moving, an important difference that elevates this game above other similarly styled 3D shooters like Panzer Dragoon or the before mentioned Star Fox.

The controls allow you to easily and intuitively move in one direction while shooting in another, which is a good thing, because this game absolutely requires precision controls; Sin and Punishment starts off difficult and only gets harder from there.  It’s not enough to just simply shoot all the enemies that appear in front of you, as you must also watch the entire screen for obstacles,  and enemy shots to dodge (and there’s almost always a Japanese bullet-hell shooter amount of shots on screen,) while at the same time attacking an enemy in a different section of the screen.  Being able to multi-task is an absolute requirement if you want to get anywhere in this game, and I can guarantee you that the game’s high difficulty level will probably cause most modern gamers to give up. 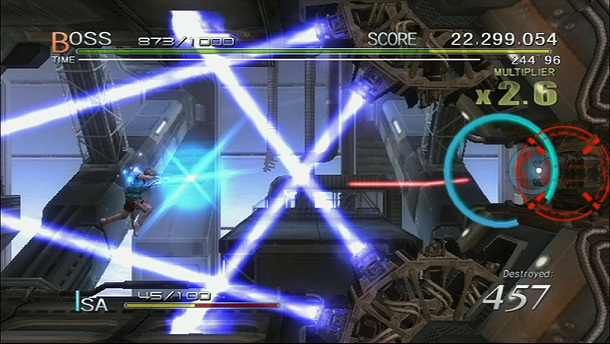 But that’s not to say that game is unfair, it simply assumes that the person playing it is a veteran gamer and already has the skill set needed to handle a genuine challenge.  While anyone raised on this generation’s relatively easy games (yes, I’m referring to “real” hardcore games and not just the casual ones here,) will likely being overwhelmed before they even get to the end of the first stage, anyone who was raised on classic shooters like Contra, Mega Man, or Gunstar Heroes will likely feel right at home.  The game is challenging, yes, but despite dying dozens, possibly hundreds of times during my play through, I never felt frustrated, and with every death I realized what mistakes I had made and I could feel myself getting better at the game as I progressed.  Sin and Punishment is definitely not a forgiving game, but it’s also one that provides a fair, balanced challenge and a genuine, rewarding sense of achievement once you beat it.

Of course, Sin and Punishment isn’t perfect, and it’s most glaring blemish lies in it’s visuals.  While it’s not outright ugly, it does suffer from a strangely uneven presentation; some areas are beautiful, filled with detail, and use advanced graphical techniques like pixel-shaders and bump-mapping that are rarely seen on the Wii, while other areas are bland and empty and could pass for an early PS2 game.  The game also uses a bleak, washed-out watercolor art style which looks beautiful in the game’s 2D illustrations but looks somewhat muddy and subdued when translated into real-time 3D graphics.  Overall it’s not as hideous as most of the shovelware that passes for a Wii game, but it’s definitely not as pretty as some of the other Wii-exclusive core titles like Super Mario Galaxy or Monster Hunter Tri, which were genuinely great looking games, regardless of the under-powered hardware they were made for.

Overall, I think Sin and Punishment: Star Successor is a great game.  While I know many of my nerdier friends have given up on the Wii because of it’s casual reputation, I would wholeheartedly encourage anyone who considers themselves a “hardcore” gamer to pick up this game up.  It’s not a game I can recommend to everybody because of it’s difficulty level, and I can’t give it a perfect recommendation score because of that reason: To put it as honestly as possible, most people will simply not be good enough to get past the early sections of this game.  But if you have the skill set necessary to surmount Sin and Punishment’s difficulty level, you will find one of the most rewarding and addictive action games this generation. 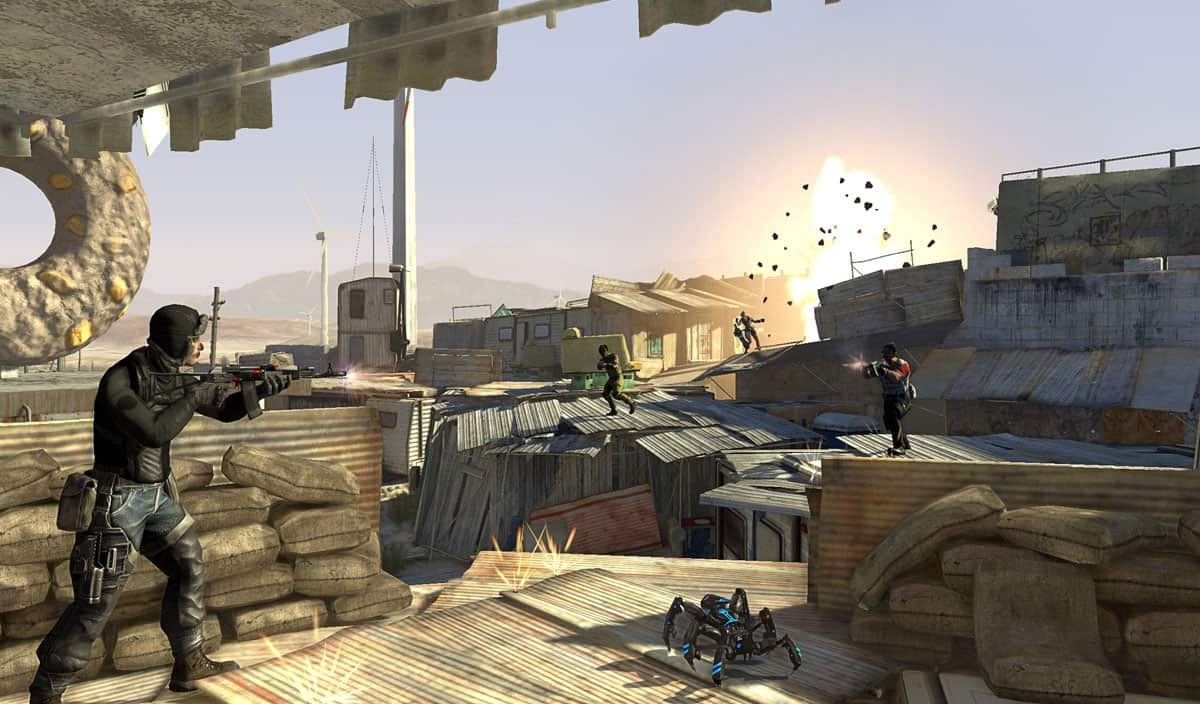