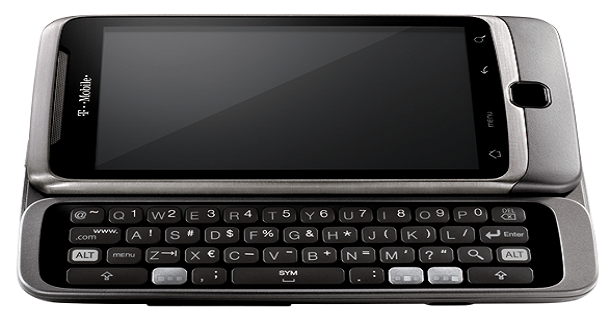 The sequel to the Android device that started it all is on it’s way to T-Mobile; and the specs have finally been announced. Now, I must say that these are hardly mind-blowing specifications by any means, but it seems like it will hold up well in the mid-high range Android world. The design may be the thing that makes or breaks this device, is not as sleek or as modern as looking I would like, it could appeal to some though. It does have a physical keyboard, much like the G1, to satisfy the tactile fiends out there. A nice touch is the fact that it will ship with 2.2 firmware and should of course feature the HTC Sense UI. No pricing has been mentioned. Following the break is the specs breakdown.