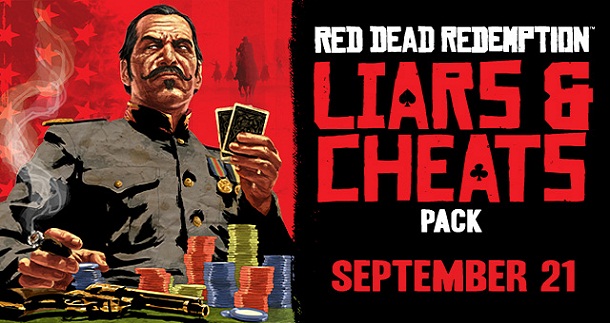 Marshal Johnson splashes the pot in a game of Multiplayer Poker.

The blue team defends their safecracker from a last ditch onslaught in the new Stronghold mode.

An unholy alliance if ever there was one.

The blue team attempts to capture an enemy position in a game of Stronghold, the all-new Competitive Multiplayer mode.

Hunting wild boars at Broken Tree, one of the 4 new Hunting Grounds.

The outlaw Bill Williamson – just one of the characters from the Red Dead Redemption storyline being made available for multiplayer use via the Liars and Cheats Pack.