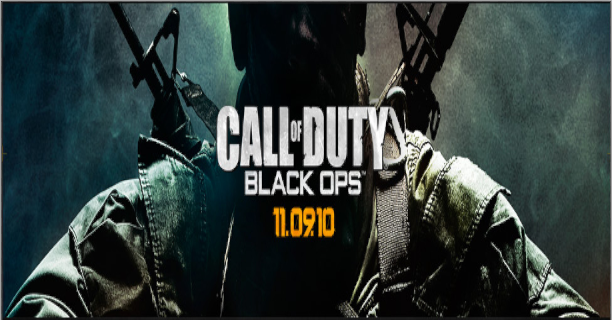 When it comes to game sales, no other game beats Call of Duty Modern Warfare 2… well almost. Call of Duty Black Ops is set to ship out 12 million copies in the following months of its November release date.

This highly anticipated title is still a few million short of CODMW2, which put out 16 million copies over its holiday release. But who’s to say its predecessor won’t be able to out sell Modern Warfare and claim the title for itself.

The biggest question of all is, will Black Ops be a better and more fun gaming experience than Modern Warfare 2, or will it end up like World at War and only have a fun mini game, i.e. Nazi Zombies? After seeing the gameplay released at E3, Black Ops seems like a more graphic game. In the first 30 seconds of gameplay, you see a mutilated corpse showing the insides and all the fixings. With this new darker look, hopefully Activision will release another hit title to the Call of Duty franchise.

Adding to today’s Xbox news and announcements, there is a …